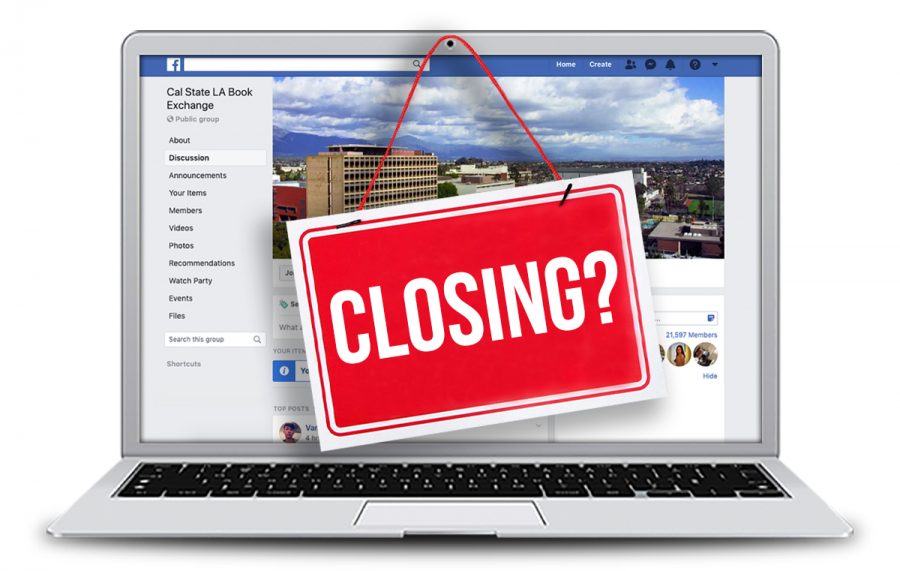 The Cal State LA Book Exchange was originally rumored to be shut down after the moderator of the group posted a cryptic message announcing a date of termination.

The Cal State LA Book Exchange, a Facebook group known widely across campus, was going to shut down on Jan. 20. That’s what the group’s moderator announced a couple days in advance, only to later recant that statement. “I never put the year,” he wrote in a separate text message to a friend that was later posted as a comment on a group post, referring to the Jan. 20 date.

While he did reiterate to the UT that he was not shutting down the group, he did not clarify why he made the original announcement after several inquiries through Facebook.

“I think the page is not properly moderated. It’s not right for him to give false information to mess with student’s emotions for his amusement,” said Cris Flores, a graduate student at Cal State LA. “It’s disappointing.”

The group was created over seven years ago and currently has more than 20,000 members. For Golden Eagles, it’s a place where they can sell and buy books, receive course advice and have friendly discussions with other students. It not only offers many resources, but it’s a community where students, like Laura Lopez, feel comfortable.

“The Cal State LA Book Exchange has helped me in many ways such as finding the best deals on books, finding out about deadlines, recommendations on advisors and on-campus events,” said Lopez.

The supposed shut down concerned Genessy Rivera, a kinesiology student. “I thought that I was going to be on my own without the chat,” she said referring to the group. “I am the first [in my] family who goes to college. I was worried because if the chat shut[s] down, who can I rely on for information that I need?”

“My goal for the new group is to create a platform where Cal State LA students can interact in a manner that facilitates their growth as college students,” said Martirosyan. “I want to emulate the original group in that I just want it to feel like a lounge where students can chat.”

When Martirosyan was asked what his plans were for his new group after finding out the shutdown was no longer happening, he said, “Just let it be what it is. Plenty of people have stated that they want to be in the new group, some of them don’t agree with the original group’s moderator’s policies, or simply don’t think that he can be an effective moderator.”

After fears of the Cal State LA Book Exchange being shut down, students now have two different groups to be a part of.