A ‘neon’ green light for City of Bell fitness center 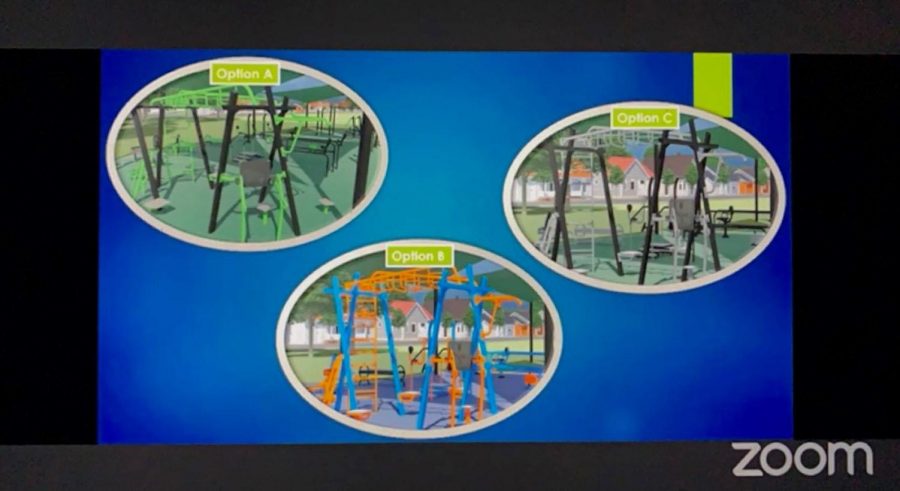 After getting feedback and discussing the proposed look of the Ernest Debs Park Fitness Gym Rehabilitation Project at five meetings — and receiving some criticism about what was described as a “Monster Energy” drink green color scheme — the city of Bell’s council members unanimously approved the idea anyway on March 24.

The idea was to provide council members with some new options.

Perdomo recommended, like he did in February, that the council approve the green and black design because it matched the green awning in the park better, while the brighter colors looked “a little bit off” next to the awning.

Council member Ana Maria Quintana preferred the blue and orange look, attributing her preference to “the child in me.”

Quintana asked if the awning could be changed, but Perdomo said there was no need to change it and it would cost at least a few thousand dollars.

“We can change the awning, but it’s in good condition…It’s not necessary,” he remarked.

Council member Monica Arroyo also liked the colorful option, but worried it was too “childish.”

She also wasn’t a fan of the black and gray design, which she and Quintana described as “a little bit dead” and “very bland,” respectively.

“I think when you go to exercise, you need to be pumped up and you need to…feel cool and feel like you’re ready to do exercises,” Arroyo said, eventually coming around to the original look.

Vice Mayor Alicia Romero said she liked that option, too, because of the balance between the two colors — the black keeping it subdued and the green making it pop. She said the two new proposed designs helped her form a more “visually informed” decision.