A tale of two cities: El Monte’s battle to preserve its Latinx history 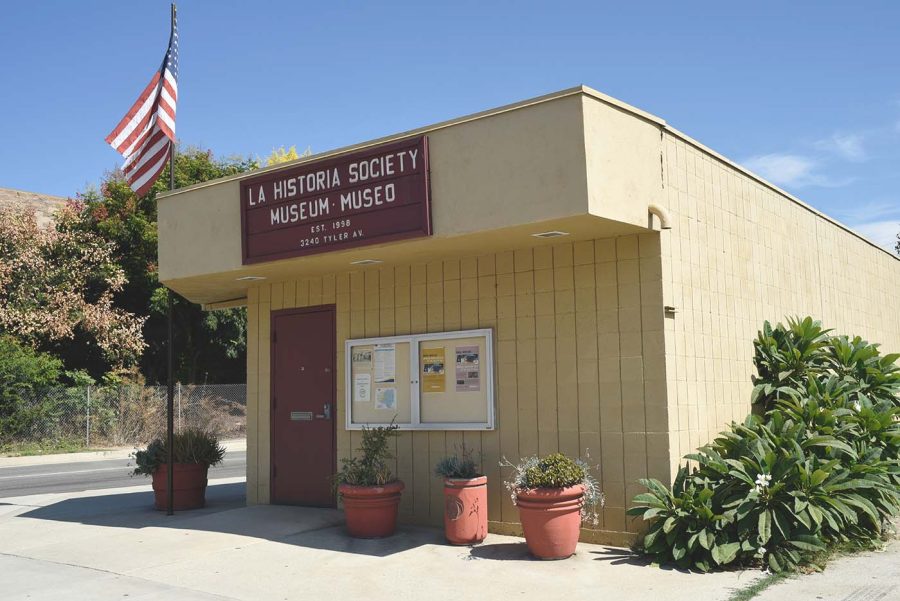 There are decades-old tensions where the I-605 and I-10 converge.

The unassuming Southern California town of El Monte, located about 14 miles east of downtown Los Angeles, is home to many longtime residents who are committed to preserving the city’s history.

The problem is, there are two sides to El Monte’s history: one that’s officially recognized and another that represents stories of people of color whose history was largely left out.

The South El Monte Arts Posse collective documented this alternative history in 31 essays and last year, the work was published by Rutgers University Press in a book called “East of East: the Making of Greater El Monte.”

The book has received media attention and praise. “East of East” made the list in a Los Angeles Times story, “10 Best California Books of 2020”: “This anthology seeks to restore the ‘silenced histories’ of El Monte,” while “re-imagining its future as a community in its own right,” writes book critic David L. Ulin. It “digs up the dirt of greater El Monte,” reports a 2020 KCET story.

“In 2012, we launched this project to sort of rewrite the history of El Monte and to really push against what, for us at the time, had been an incomplete and inaccurate history,” said Romeo Guzmán, an assistant history professor at Claremont Graduate University and a founding member of the collective. “As a historian, I think there is something unique about El Monte…The things that happen here are — yeah they’re happening in this particular place, and this place makes those events transpire in a certain way, but if you look at the book, it’s also a history of California.”

To understand where the conflict began, one can look no further than the El Monte Historical Society Museum.

“My parents came in [to this museum] years ago and said, ‘Oh, you gotta go down to the museum and see it,’” Chuck Hoffman, a lifelong resident of El Monte, said.

But after his parents died, he decided to visit the museum with its expansive multi-room floor plan, walls adorned with photographs of past residents, and glass cases lined with artifacts from descendants of the city’s original pioneers.

He kept volunteering at the museum, got to know other volunteers after they were involved in protesting a zoning issue, and eventually, he became the museum’s vice president.

“There are people that care about the history of El Monte,” Hoffman said, adding that the museum doesn’t showcase what some newer residents want to see and it “isn’t the history they care about.”

That’s why a group of residents formed another museum in El Monte in 1998 called La Historia Historical Society Museum.

It opened its doors down the street from the El Monte Historical Society Museum with a vastly different mission: To highlight “the Latino history of the barrios that were around here,” Hoffman said.

He said that surprised him and some other longtime residents because the historical society’s museum included Latino history.

The case for a separate museum

“The official record of El Monte’s past, as presented by the Historical Society, is contained in a 143-page book researched by the Works Progress Administration in 1933,” according to a 2004 Los Angeles Times story.

Much like the book, critics say the original historical museum in El Monte barely included the role of Mexican Americans.

“In the other museum, you really don’t see the Mexican-American story at all — at all,” said Rosa Peña. “It’s a great museum [and] they have a lot of interesting artifacts … but it’s not the complete story.”

Peña, who is now director of LHHSM and a lifelong El Monte resident, said she and others split from the main historical group because they “felt like they wouldn’t have control over their story” if they had existed as part of the El Monte Historical Society Museum’s building.

If any money or funding were to be involved, Peña said, the main museum would deal with it first and choose how to use it.

“So they wanted to have control over what and how their story was told,” she added.

Some residents see that people of color are playing a bigger role in the city now, “particularly with Mexican immigration and then the movement from East LA [to El Monte and] the whole Southeast Asian refugee situation,” Guzmán said. But it’s not the first time.

“There’s always been people of color here from way before [white] folks arrived,” he said, referring to the Tongva Native American tribes that lived in the city before white settlers arrived.

A lot has changed since the 1930s, when EI Monte’s Mexican population was about 20 percent, its Japanese population was five percent and its white population was 75 percent, according to Town Square Publications, which publishes information from local chambers of commerce.

“There are some very poor people that live here that work a lot of jobs or a lot of hours to support their families,” said Peña. “They’re living in apartments with a couple of people more than would be comfortable to have in a small space. Then, you have people who have lived here a long time who have owned their homes and have children and grandchildren living with them.”

Enrollment declines led to four El Monte schools closing in recent years, which could be due to the high cost of living and the general population decline in California.

“It hasn’t always been equal or fair… but people tend to try to make a home here. There’s a sense of community here… a lot of strong people, intelligent people, hard-working people that come out of El Monte,” Peña said. “Sometimes, El Monte has gotten a reputation as being like a bad place to be, but that’s not true…For the most part, it’s people raising their families, you know? Working hard and trying to have a good life.”

“East of East” presents the case that there is a strong and unique relevance of El Monte in the broader history of Los Angeles and that it acts as a social and geographic bridge of sorts, Guzmán said.

“One of the things that happen across a 200- to 300-year period is that El Monte consistently becomes this sort of in-between space between L.A. proper” and the rest of the county, including San Gabriel Valley, Guzmán said. “I think El Monte is often seen as a place that is overlooked, so I think folks are always ready to rep it [and] claim it in a certain way…There’s also this idea that we’re close to L.A., but we’re not L.A. Folks know about El Monte, but we’re not always included in discussions about Chicano L.A. or multicultural L.A.”

And yet, what happens in the city matters to the rest of the area, Guzman said.

The city, for instance, has seen its share of extremist political uprisings.

Dan Cady’s chapter in “East of East” highlights the city’s history with white supremacy. The leaders of the Ku Klux Klan once envisioned El Monte as a “rejuvenating” and “idyllic southern-ish plantation,” according to Guzmán.

From that, to the violent El Monte Boys militia and the American Nazi party’s presence on Peck Road in the early 1970s, the city has endured a unique brand of extremist politics compared to much of the Los Angeles area.

The Nazis were “thinking about El Monte as a strategic location from which to branch out to the rest of not just LA County, but to the Inland Empire, to the San Gabriel Valley,” said Guzmán. El Monte is a place “where radical politics are possible, both of the right-wing kind and the more progressive liberal traditions.”

Similarly, El Monte residents fiercely pushed back against a fundamentalist Christian church because of its homophobic and misogynistic messages.

Thousands of people provided support online for the El Monte queer community’s protest against the church’s hateful messages and hundreds showed up in person to protest, according to Abyll Juarez, a resident who took part in organized protests with Keep El Monte Friendly, an activist group formed as a response to the church.

“It was the first time I had been part of a movement that we basically started from scratch,” he said. “It felt really amazing that so many were standing up for El Monte.”

Looking to the future

Years ago, city leaders asked the museums to consider joining forces but that never happened.

Hoffman said the El Monte Historical Society Museum’s history on display stops around the 1940s, but as time passes, he thinks it should include the decades that came after.

Much of what is at La Historia Society goes up to about the 1970s since many of its members are in their 80s, Peña said.

“That’s one thing I’m trying to change,” she said. “For the generations after the people that found it to share their histories too, and then the next generation. The city has people here that have lived maybe three generations in El Monte, and it’s an interesting perspective on how things change, and yet sometimes things stay the same.”

The collective is also engaging younger generations by working with local high school teachers to form curriculum for students that goes with the book.

“We’re reading the book together. We’re having scholars [and] activists come in like Gloria Arellanes.” Guzmán said. “Every teacher is responsible for building two lesson plans based on one of the chapters and the archive.”

“So what that means,” he said, “is when students encounter the book, they’ll have a curriculum that says ‘go listen to this two-minute oral history,’ [or] ‘read this primary source and read this chapter.’ And it will all be online, so it will be a digital archival experience for students.”

Guzman said the idea is to spread awareness broadly and empower people to understand their own histories: “With all this stuff, part of the idea is [asking] how do we center underrepresented communities but also, how do we center and really place these lost, forgotten, untold silent histories of South El Monte and El Monte in ways that are not just accessible but ways that are impactful?”

Clarification: A previous version of this story included a percentage directly from the U.S. Census Bureau that may be confusing so it has been eliminated for now.