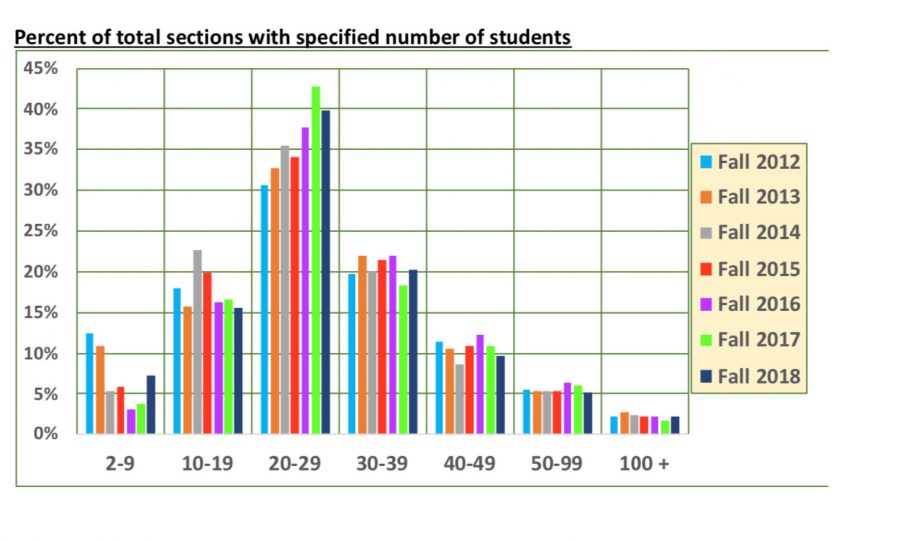 “They’re crying poverty when they shouldn’t be,” commented Howard Bunsis in his seminar last Thursday.

Bunsis held a seminar, in the Golden Eagle Ballroom, breaking down Cal State LA’s finances and compared the 2012 school year to most recent available data (2018).

Bunsis is a Professor of Accounting at Eastern Michigan University who was invited to speak on campus by the California Faculty Association (CFA).

Using public sources such as the California State University (CSU) financial statement and Integrated Postsecondary Education Data System (IPEDS), the following is an excerpt from Bunsis 43-page report, where he came to the following conclusions:

2. The justifications reported by the ex-Provost for impaction are not supported by the empirical evidence, as revenues from the state and tuition have been very solid…

4. The State appropriation, the largest revenue source, has increased for the last several years and is slated to increase for 2019 and 2020…

6. The recent increase in enrollment has been met by a substantial increase in full time lecturers and part-time faculty.”

One finding from Bunsis’ seminar is that Moody’s gave Cal State LA an Aa2 rating. Moody’s is a bond credit rating service, and categorizes services by levels. The Aa2 rating is among one of the highest, which categorizes Cal State LA with great financial standing and very low credit risk.

Bunsis finds that within the last four years, Cal State LA received an increased amount of cash flow that is projected to increase for the next two years. Using IPEDS, Bunsis found that in 2018 Cal State LA generated $19 million in excess cash flows.

Additionally, Bunsis focused on the topic of impaction, a story covered last semester.

One way was through a graph provided that compares the class sizes from 2012 to 2018 by the amount of students in a room. The class sizes have seen an increase; but Bunsis provides a graph that shows the increase is not far from the size of 2012.

Also, according to Bunsis’ analysis, there is a noticeable difference in hiring that benefits the Cal State LA administration financially. From 2012 to 2018, Bunsis claims there has been a 153% increase in lecturers, while only a 7% increase in full-time professors. In numbers, Bunsis shows the amount of lecturers went from 73 to 185 and the number of full-time professors went from 276 to 281. Bunsis explains that a possibility of an increase of lecturers and slow increase of full-time is the salary. Lecturers are more affordable, having made $59,622 in 2018 as opposed to full-time earning $109,497.

The UT contacted Executive Director for Communication and Public Affairs Robert Lopez and was provided with this statement by Lisa Chavez, vice president for administration and chief financial officer:

“Cal State LA is an excellent steward of its public resources and operates in a prudent and responsible manner.”

Bunsis hopes students use his findings to push administration to give students resources to help them fulfill their goals to graduate. More information will be provided by UT as the story continues to unfold.