Analysis: A deep-dive into the struggling black and gold crew 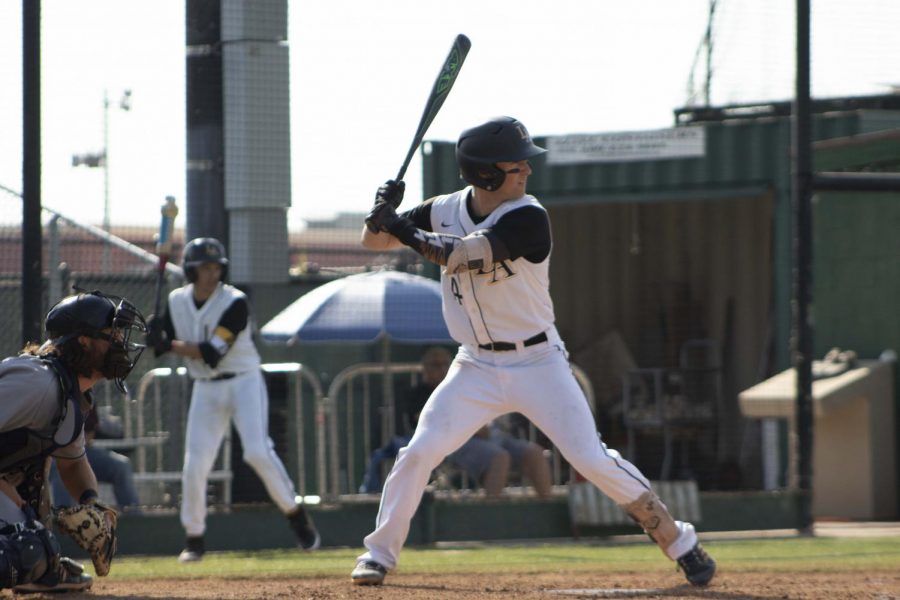 Despite splitting the weekend series against the sixth seeded Stanislaus State Warriors, the Cal State LA baseball team finds itself near the bottom of the standings with a 5-11 record, third to last place. Before a 14-5 victory on Saturday, the Golden Eagles were in the middle of a 9-game losing streak after starting the season with a 3-1 record. The early season struggles can be attributed to three factors.

The Golden Eagles have struggled with their bats this season. They are at the tail-end of almost every major offensive statistic: runs, slugging percentage and on-base percentage (the percentage of the runners getting on base).

Cal State LA is dead last in manufacturing runs (85-runs) and there are two key statistics that contextualize why that is.

The black and gold are the second-worst team in terms of on-base percentage, meaning the team is poor at generating runners on base. Additionally, they are the third-worst team in slugging percentage (.325), a statistic that calculates the productivity of each at-bat. It takes into account the amount of extra-base hits such as doubles, triples and home-runs relative to singles. This means that most of Cal State LA’s hits are singles, and not extra-base hits, which usually result in more runs scored.

The black and gold are also towards the top of the CCAA in the amount of the times they hit into double-plays (14), second only to Cal State Monterey Bay (17), which is a rally and momentum killer.

Pitching is often seen as the most integral part of a team’s success, as limiting the opposition’s chances of scoring can mask other deficiencies. Cal State LA currently stands as the second-worst team in earned-run-average (ERA), a stat that calculates the amount of runs allowed by every nine-innings. They are runner-ups in terms of total runs allowed (151), which amounts to a run-differential of -66 (runs scored minus the amount of runs allowed).

The pitching woes don’t stop there. They also give up the second-most homeruns (14), adding to the amount of runs allowed. “We’re a little thin on the mound, we’re making some adjustments there,” said head coach Vince Beringhele in an interview after a 6-1 loss to Cal Poly Pomona on Feb. 23.

However, amidst the pitching struggles is one bright spot. Right-handed pitcher Saxon Andross has been lights out. In 30.2 innings of work, he has allowed only eight runs while striking out a whopping 38 batters (2.35 ERA).

Facing the ‘cream of the crop’ early on

These stats might be the result of a tough schedule to begin the season. Three out of the four opponents Cal State LA has faced are in the top five in the standings. The lone outlier is vying for a playoff spot. These teams are all near the top of every offensive category and have solid-to-great pitching.

Although the numbers don’t look pretty on the surface, there are some underlying stats that bode well for the Golden Eagles. Problems aside, the Golden Eagles have been decent defensively. Cal State LA has the fifth best fielding percentage (.966), which means they are solid when it comes down to making plays on the field. This is a result of limiting the errors the fielders make, a statistic that the Golden Eagles rank third best in (24 errors committed so far this season).

If a turnaround is to happen, it had better come soon before the Golden Eagles dig themselves into a deeper hole. However, they have a tall task ahead of them with a four-game home series this weekend against the second place Chico State Wildcats starting Friday at 6 p.m. at Reeder Field.