The Golden Eagles Split Series Against the Broncos. 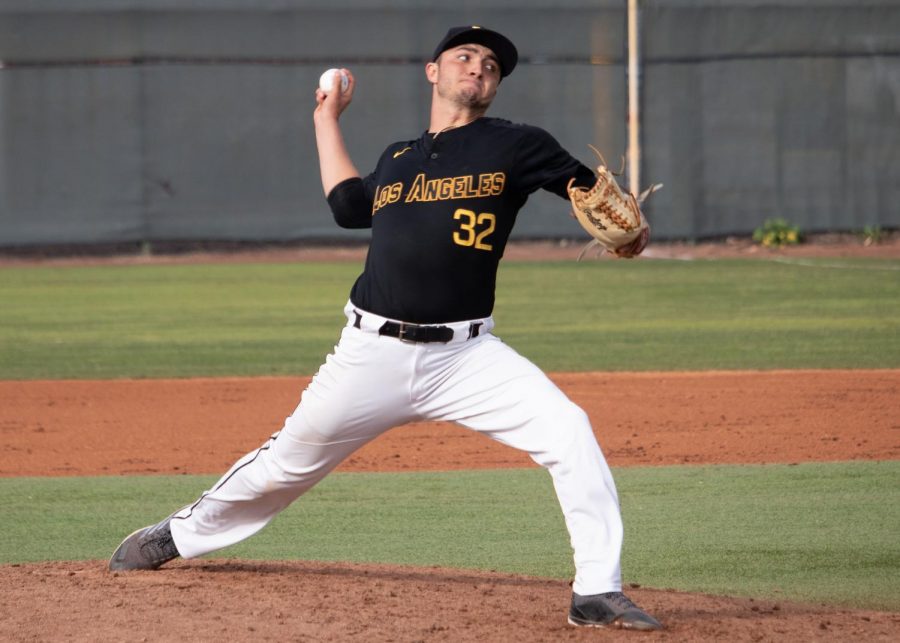 The Golden Eagles took the series opener on Feb. 28 at Scolinos Field in Pomona, as they defeated the Broncos 4-1 behind a stellar pitching performance by their starter Nick Moisant, who pitched over six innings and allowed one run on four hits.

The Golden Eagles’ third baseman Anthony Moreno tied the game in the fourth with a RBI (run batted in) fielder’s choice. Second basemen Nate Alam drove in their second run with a sac fly to take the lead 2-1.

The Golden Eagles added another run in the fifth after centerfielder Jordan Myrow picked up an RBI infield single, as they extended their lead 3-1. The final run for the Golden Eagles came in the sixth behind a RBI double by sophomore catcher Noe Garcia. Thursday’s win also ended the Golden Eagles’ four-game losing streak.

The series shifted to Reeder Field for a Friday doubleheader.

Starting pitcher Saxon Andross got the nod for Game 1; he went seven innings and gave up four runs.

The ninth inning was one to forget for the Golden Eagles. With a 7-4 lead, the bullpen imploded as they allowed seven runs. The Golden Eagles did not answer back, ultimately losing 11-7.

In the nightcap of the doubleheader, Golden Eagles’ right fielder Adam Gordon broke it open in the first inning, as he blasted a grand slam to right field.

“To come out strong in the first inning and get some runs on the board, it gives us a lot of confidence going through the game,” said Gordon.

Gordon’s grand slam was the difference in the seven-inning nightcap, as the Golden Eagles hung on for a 9-5 victory.

The series finale took place on Sunday at Scolinos Field, but it was a bitter end to the weekend for the Golden Eagles as they lost to the Broncos, 11-3. The Broncos broke it open with a six-run seventh inning.

Prior to the series, the Broncos shared the top spot in the division with a 6-2 CCAA record. Overall, the Golden Eagles are now 3-8 in the CCAA standings.

The Golden Eagles face a four-game split-site series against the CSU Dominguez Hills Toros starting this Friday in Carson, CA.