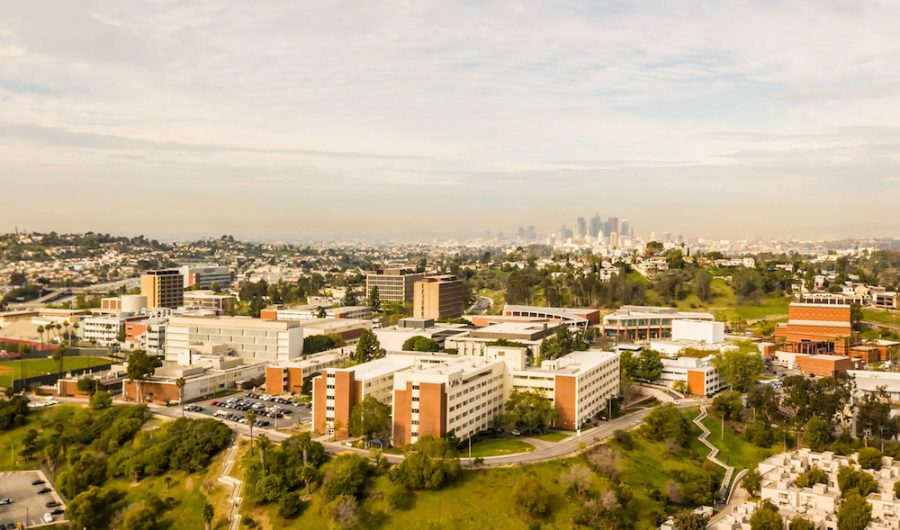 A University operator received the anonymous threats and Public Safety Officers began investigating. The presence of officers was, “immediately increased on campus, including near the gym, Annex Link and in housing.” This is according to an email from Cal State LA’s Communications and Public Affairs to the University Times.

No classes were in session at the time the threat was phoned in as the University is on fall break.

Director of Communication and Public Affairs, Jocelyn Stewart provided the University Times with the following statement from Director of Public Safety Larry Bohannon:

“The Department of Public Safety is committed to keeping our community and our campus safe,” said Chief Larry Bohannon. “When faced with situations like this, we will utilize all available resources to ensure and maintain the safety of our community. We always encourage anyone who sees anything that appears to be suspicious to contact us or call 911.”

Although the threat was non-credible it was still being investigated and the progress of the investigation resulted in another Public Safety alert being sent out on Wednesday.

“The arrest came after a collaborative investigation in which the Cal State LA Department of Public Safety worked closely with public safety officials from the other affected campuses and the LAPD.”

Students can check or update their phone numbers if they log onto their GET (Golden Eagle Territory) account, go to self-service and then click “phone numbers” located under Campus Personal Information. Faculty and staff can follow the same guidelines.

The Department of Public Safety has deemed the threat of gun violence to campus uncredible.

Cal State LA students were made aware of the threat Tuesday evening. The Public Safety alert states, “The University has received anonymous phone calls threatening gun violence on campus. The Department of Public Safety is investigating these threats and maintaining high visibility on campus.”

Later that evening, Public Safety made an update stating it has, “Determined there is no evidence of a credible threat of gun violence on campus.” Though the threat was found uncredible the update also stated Public Safety would still maintain high visibility on campus for the evening.

The University has received threats to campus before.

Months prior to the CSU campus shutdowns, and the transition to remote learning in mid-March of 2020, the University sent out three alerts of possible threats to the campus. On Oct. 29, 2019, a threatening phone call was made to the Annex Lab. Five days later, public safety was made aware of a possible threat to the library on Nov.  4, 2019. On Nov.  7, 2019 graffiti that implied a future threat was found on a campus bathroom wall. Eventually, these threats to campus were deemed to be uncredible.