The lasting impacts of bullying 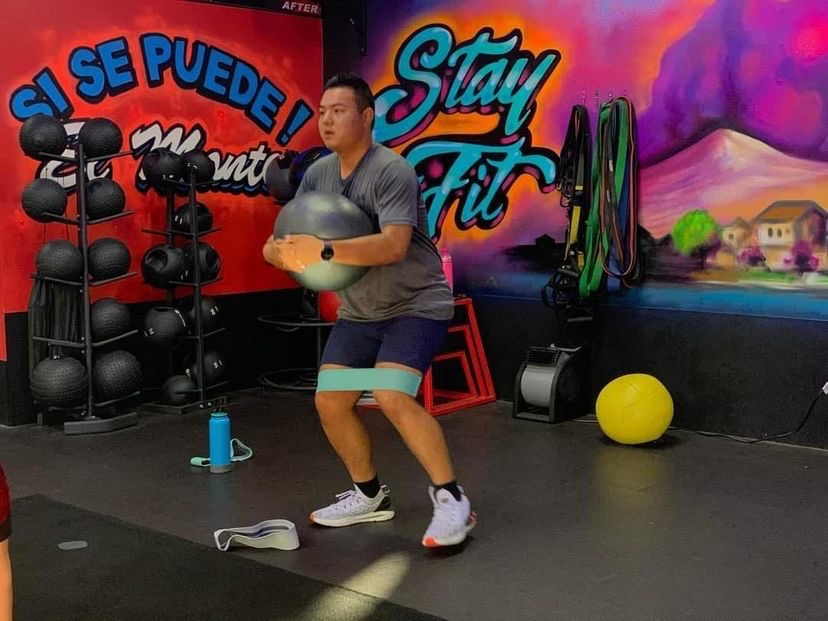 Justin Tran works out at the gym. Photo courtesy of Tran.

In many ways, Justin Tran considered himself a “normal” kid in junior high and high school.

He enjoyed taking part in activities on campus and talking with his classmates and teachers.

But there were a few moments in high school, particularly in the locker room, that made him realize he wasn’t always perceived that way.

“You’re fat,” a student said once while he was changing.

“Justin is chubby,” he heard another day.

They just want attention, Tran recalled thinking to himself. They don’t know what they’re talking about. They’re immature.

No matter the reason, the comments stung — every time.

The hardest blow was a time when a student yelled: “Look at Justin and how obese he is.”

It was loud enough for the entire locker room to hear, the words seemingly echoing throughout the locker room, undoubtedly heard by every student inside.

Then, someone grabbed his clothes, and several students started throwing them around.

That was it. Tran decided he couldn’t change in the locker room anymore.

So, he’d sneak away to the bathroom to change or change during a different class period, meaning he might be late to class. Anything to escape the bullying.

Life at home often wasn’t much better for Tran. His father left the family. His mother was often busy working or dealing with her mental health issues.

She, her siblings and father all had bipolar disorder and would sometimes get angry and lose patience with people.

“Seeing them have these triggers kind of shocked me because they’re really aggressive. They’re not themselves,” he said.

Thankfully, his grandmother stepped in to raise him. Tran said he knows he’s lucky to have her, but that didn’t mean there weren’t moments of “jealousy and insecurity” when he heard about other people’s interactions or outings with their parents and their father in particular.

“I only have a single mother,” he said. “I don’t have a lot of new things that they do.”

On top of being the kid who couldn’t afford name brands, his weight gain and the bullying around it led to his own mental health issues and crept into his life in other ways.

“I was overweight. I was obese. I was, you know, not myself because I’m fat…I try not to take it to heart but it did escalate [my] depression,” he said. “I became more aware of what people were saying. At first, I didn’t notice how much these problems escalated into bigger ones. Bullies would start to spread rumors around the school about me that weren’t true.”

For instance, there were rumors of harassment that made him fearful to attend school.

“That wasn’t true…I tried convincing the principal that I didn’t do such a thing but she didn’t believe me,” Tran said. “I isolated myself after this incident because I was scared of facing all the bullies at school…I would have cold sweats and be sleep deprived.”

Other students would not leave him alone, he said, and he became extremely depressed.

“I didn’t want to even go to school but I had to and I was always sleep deprived because of these negative emotional thoughts. It got me to a point where I was exhausted and done with all the drama,” Tran said. That is when he had suicidal thoughts.

His family was concerned about his mental health and helped put him on medication to help with his mood swings.

That helped, but the real turning point was therapy — and thinking about his grandmother.

She immigrated to the United States from Vietnam in 1991 and was devoted to caring for her family.

She was very resourceful and always put her family first when it came to money and food. She defeated cancer twice and taught Tran how resilient people could be.

He drew strength from that and pushed himself to go to therapy.

“The therapist guided me to the steps to avoid the negative thoughts and become aware of my public surroundings,” he began. “It taught me how to face and stand up for myself while I was bullied. I became more extroverted and able to feel happier about myself.”

He realized that what he was going through was just a stage in his life.

“It kinda struck me… because it opened a lot of opportunities for me after gaining support, but then also gave me a sense of hope and I believe that I can be changed,” he said. Therapy “gave me hope…Everyone is different. Everyone has a different height, different weight, different body appearance. And I should love myself.”

Ethan Casavi, one of Justin’s friends, was surprised to see Tran start to open up about his problems. For instance, Tran called him one day to talk.

“He got sent home and then he went to see his therapist. And he was just feeling a lot of emotions. He kind of went in depth telling me what had happened and how he was feeling,” Casavi said, adding that he saw a huge change in the two years they were in high school together. “When I first became close to him in junior year, he was still like, a little bit depressed and sad, probably because of what he was going through, but he was able to come out of that really well.”

Casavi recalled the biggest change happening during Tran’s senior year when he “started expanding his social connections. He started talking to more people and meeting more people. He started joining clubs and organizations outside of school.”

As Tran put himself out there, he became much more positive.

“He’s just really confident and I admire that and I think he’s come a long way,” Casavi said.

Another friend, Emilee Xie, recalled times when Tran would make small comments about how he was depressed but in an almost joking manner. To her it was just “Justin being Justin” but now thinking back to it and knowing what she knows, she realizes he was “probably dropping hints about being depressed.”

Emilee said that to her it was relieving knowing that she could understand what Justin was going through since she herself also dealt with depression.

Xie said the biggest change in Tran since middle school and high school is that he now loves going places and socializing.

Tran said in addition to therapy, he now uses positive coping strategies such as working out, running, and talking to friends to alleviate stress.

“Change is inevitable,” he said. “I need to live my best life, be happy and not let my emotions, my depression, take a toll on my life because we only have one life to live.”