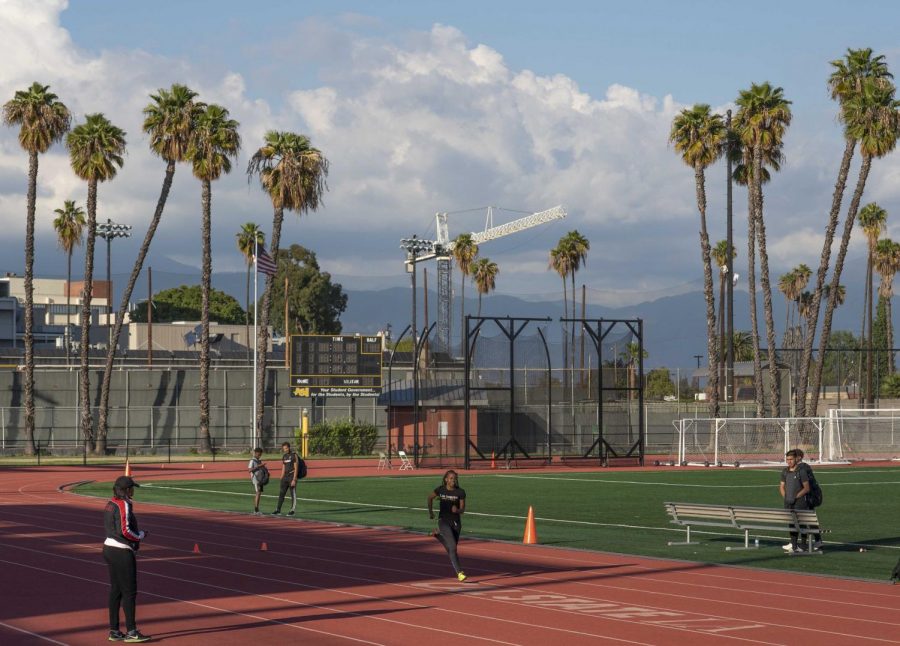 The Jesse Owens Track and Field is home to the track and soccer team. When unattended, the track is open to the general public.

Cal State LA continued to take measures to maintain the health of the university community. In order to comply with the California Department of Public Health recommendations, President William Covino issued an email on Tuesday stating: “we are promoting social distancing by canceling all public events effective today, March 10, through May 31, 2020. This decision covers all events and gatherings, including, but not limited to: banquets, luncheons, receptions, dinner galas, meetings, conferences, workshops, sporting events, guided campus tours and performances.”

Despite the cancellation, Facilities and Events Manager for athletics, Damien “Lucky” Smith, shared that the athletic staff is currently waiting on the “higher administration” to release a statement across the department. Smith feels “tentatively” confident the administration will allow “active games” to continue, “but are going to have them fanless.”

Several coaches and athletes participating in spring sports on campus were concerned about this approach, but were relieved to hear that the competitions would proceed.

Most stated that collectively it would not affect their gameplay, but worried about the moral support and home field disadvantage this presents. For Seniors, the lack of cheers from family and friends is disappointing knowing this is their last season.

The university’s decision introduced several concerns for student-athletes that go beyond the game. Their concerns included: classes resuming in person and athlete employment at sporting events.

Athletes like track and field sprinter Nicholas Harper said, “fans help with payments from tickets and even the gear. Without the fans and family, we won’t have any money coming in and have to try and find another source of income.”

He went on to say, “when it comes to online classes, we do not learn better that way and it’s hard, because we are not in the classroom interacting with one another.”

Thus far, women’s tennis has been cancelled for the week, and baseball will be the first home event with no fans this weekend.