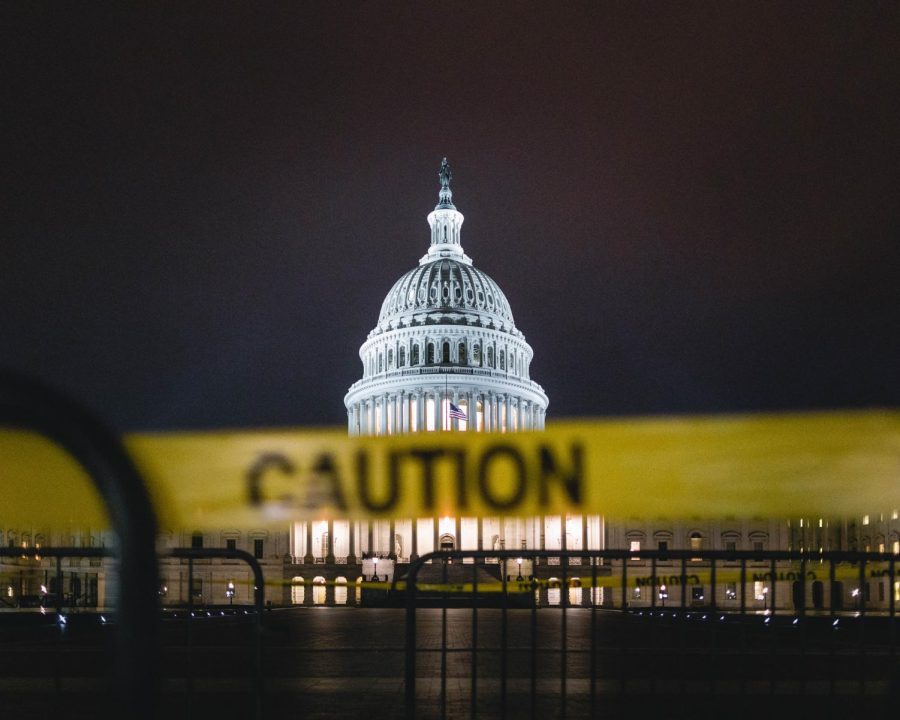 President Trump incited an insurrection at the U.S. Capitol building during the final Electoral College vote. Photo from Unspash.com.

The storming of the Capitol culminated after months of the president’s efforts to spread misinformation regarding the election. Some protestors breached the building on the day the Electoral College vote counts were being finalized. Since the events, Trump was removed from various social media platforms and is now the first president to be impeached twice.

Abdullah said she could only think about the communities of color that would need to protect themselves over the next couple weeks.

“When Black people stand up for the protection, call for the protection and sanctity of Black life, we are met with police violence. But when actual white supremacist terrorists storm the capitol… they are actually treated with a degree of deference,” said Abdullah.

Abdullah added that had it been people of color at the Capitol, the body count probably would’ve been much higher. The insurrection on Wednesday left a total of five dead, including a Capitol Police officer who was hit in the head with a fire extinguisher by a rioter.

Some law enforcement experts suggested that the response to the Capitol breach was not to escalate tensions with protestors, especially after the Black Lives Matter (BLM) summer protests. Some also never expected for the protest to reach that level of chaos.

While the governor of the District of Columbia can request the National Guard, its deployment can only be approved by the Pentagon and the president.

Following the events at the Capitol, Abdullah thought all this was just a preview to what may come on Inauguration Day. “We can’t be nice enough to think that their violence is going to be confined to Washington, D.C.,” she said.

History professor Dawn Dennis noted how the government and police response to the Capitol contrasts to the BLM protests over the summer. “We do see a different style of policing when it is a white insurrectionist, a white terrorist, versus a Black Lives Matter protester,” said Dennis.

Dennis added how the spread of misinformation and white supremacy has become an increasingly growing issue, especially under the Trump presidency. “I think the assault on the Capitol building is just an extension of white supremacy, the investment in whiteness, where we have a group of individuals that cannot differentiate between fact and fiction,” said Dennis.

Dennis said that these issues go back decades and are not new to people of color in the United States.

“This is America. I want to be very clear. This is our American history. This is not new to us,” said Dennis. “This is part of maintaining a racial caste system. Until we dismantle anti-Blackness and expressions of white supremacy, we are going to be experiencing this more.”

She added that she’s sure that more of these “protests” from Trump supporters will “absolutely” happen. “Whether it’s on college campuses, whether it’s at the post office, and other public spaces,”

Dennis said that she wants students to pay attention to historians on Twitter who are making connections to how these “protests” parallel what’s happened in history. However, she also prioritizes taking a break from the media when needed.

“I don’t want students to all of a sudden become overwhelmed. Take some time away from Twitter and the media, center yourself, start to breathe, and then come back to some of these arguments because a lot of this is very triggering,” said Dennis.

Abdullah pointed out “Trump’s own Department of Justice issued a report naming white supremacy is the greatest domestic terrorist threat. He refused to take it seriously because these are his people.”

“This is the culmination of decades of growing political polarization in the United States, compounded by the incendiary and deceptive rhetoric of President Trump about the most recent election,” said Dark. “Trump bears major responsibility here for claiming that the election was ‘stolen’ from him. Without that rhetoric, I highly doubt that this protest would have even taken place.”

In a campus-wide email, President William A. Covino called the events “a dark moment in our national narrative.”

“The needless loss of life, the terrorizing of our elected officials and the millions of Americans who were watching, is not a victory for any person or any party,” Covino said in the email. “We, as a nation, must be better than this.”