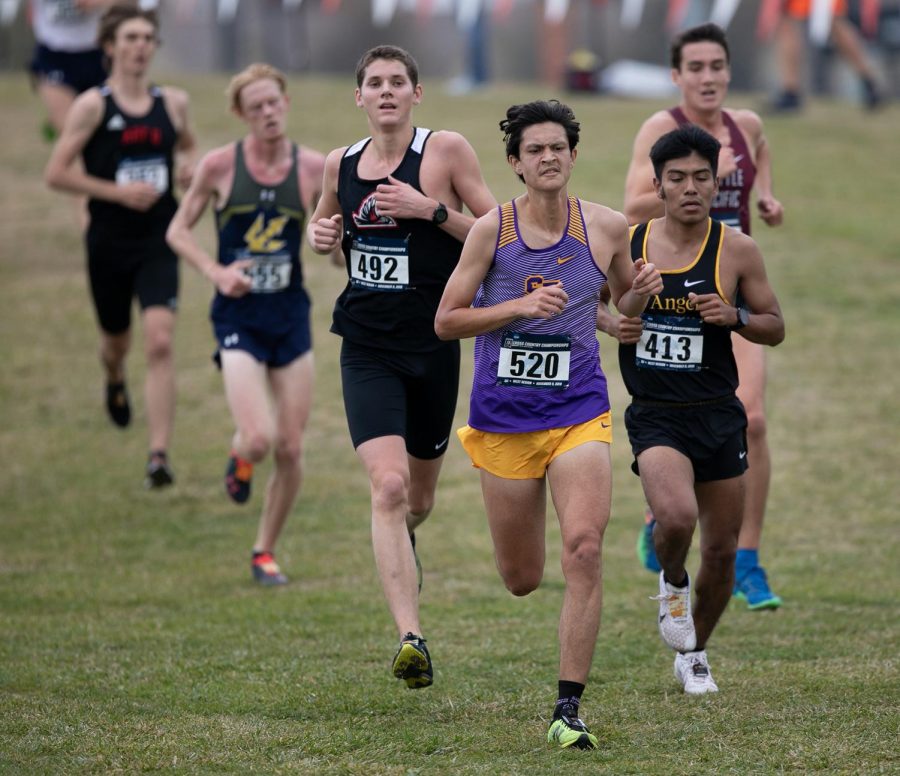 On Saturday, the Golden Eagle men’s and women’s cross country teams ran at the NCAA West Regionals in Monmouth, Oregon, where both teams ran well in spite of low finishes. However, the real story was Cal State LA runner Moises Marquez, who was the top finisher for the Cal State LA men’s team despite an injury he endured on the course.

The Cal State LA men’s cross country team finished 21st overall out of 28 participating teams with 546 points. This is an improvement from last season’s performance, where it finished 24th. Chico State won the regional title, finishing with 43 points.

Marquez finished the men’s 10k in 31:18.6, at 48th place in a field of 185 runners. He felt he could have placed even higher were it not for an unfortunate incident on the course.

“We were going through the rolling hills on the backside of the course and I felt someone push me. I fell face-first and I got stampeded on by everyone. Someone stepped on my left leg and just cut through my leg with their spikes … When I got back up, I felt a little sting and I didn’t look down because I didn’t want to check myself too much. So I just kept going and a mile later I looked down; I have white shoes and my white shoes were red … When I finished the race I went straight to the trainers and the medicine tent,” said Marquez.

Marquez would eventually receive 14 staples for the wounds. When the accident on the course happened, he found it tough to keep running, but figured out a way to keep going.

“I didn’t want to get back up for a moment, because [the accident] really chilled my mood. I strongly believe I would have had a good chance to qualify for nationals as an individual [if the accident didn’t happen]. But I got back up and I told myself that my team needed me, and I trained so hard for this and I wasn’t going to let this opportunity slip by to have a good experience,” he said.

Staying positive, Marquez said, “It’s going to be a pretty cool scar when it heals. That’s my trophy right there.”

The nasty fall left Marquez’s coach, Andres de la Cruz, questioning what might have been. “It makes us wonder what he would have done if he [wouldn’t] have fallen. We kind of had high hopes, with him maybe placing in the top 15, and potentially qualifying for nationals,” de la Cruz said.

The Cal State LA women’s team also competed in Monmouth, finishing 19th overall out of 27 participating teams with 496 points. This is a marked improvement from last season, considering they finished six spots higher this season.

Cal State LA standout Rebecca Ruiz was the top finisher for the Golden Eagles, finishing the women’s 6k in 22:11.3. This was good enough for 66th place out of a field of 186 runners. Chico State won the regional title, finishing with 75 points.

“I’m really proud of how the girl’s team performed because the majority of the girls improved their personal best times. They just competed really well on a field that had a lot of exceptional competitors, and schools that we’ve raced against before. So, overall, I’m really happy with the team and how they did,” said Ruiz.

This marks the end of the cross country season for Cal State LA, but the runners will return for track and field starting Jan. 11 for the women’s team and Feb. 23 for the men’s team.