Cal State LA’s Very Own Takes on the Emmys

Internship leads student to a star studded night
LOS ANGELES – – Last Monday evening, Samuel Rodriguez, known as “Bubbles” to many, was among television’s elite, when he represented California State University Los Angeles, as a trophy presenter, during the 70th Annual Primetime Emmys, held at the Microsoft Theater, in Downtown Los Angeles.

Rodriguez, a Senior at Cal State LA, was one of 4 interns selected to be an onstage presenter during the live ceremony where he handed each winner their respected awards. He found himself on stage, next to stars like John Legend and Ricky Martin, to name a few.

“I saw every single celebrity you can think of, I couldn’t believe the fact that I was there with Will Ferrell, John Legend, [and] Ricky Martin, standing next to me. It was like a dream come true because you know, you grow up listening to these people’s music or watching them on television, and when you see them there, it’s really freaking exciting… I couldn’t believe what my eyes were seeing,” said Rodriguez, in a sit-down interview, the day after the show.

Even though he was around and interacting with his favorite actors, his “highlight” moment was when the Academy recognized him and his fellow interns as the future generation of television in front of a star-studded audience who offered them a standing ovation.

“That was really exciting having John Legend and all these crazy stars clapping at you, while we were on stage,” explained Rodriguez. Thanks to his hard work, humbleness, and a drive to learn, he was able to impress the “higher ups” in order to be selected out of 50 interns to experience this opportunity of a lifetime.

He explains, “You need to know how to be kind to other people, be humble, and most importantly be respectful at all times.”

Rodriguez, a Television and Film major, became eligible for the award show due to the summer internship where he was selected out of thousands of applicants to intern at the Television Academy in the post-production category. He was the first CSULA student to do so in many years. With the help of Jeff Fust, a CSULA TVF Professor, he was able to gain hands on experience with industry standard editing software along with solid networking time with other industry colleagues.

“It’s a very competitive internship… Not everyone can get into the Television Academy. It’s a rigorous application process,” states Rodriguez.

As for the future, Rodriguez is going to take his Emmy experience with him as he works towards his aspirations of being a Latin Talk Show host. Till then, his focus is on graduating and furthering his career in visual effects. 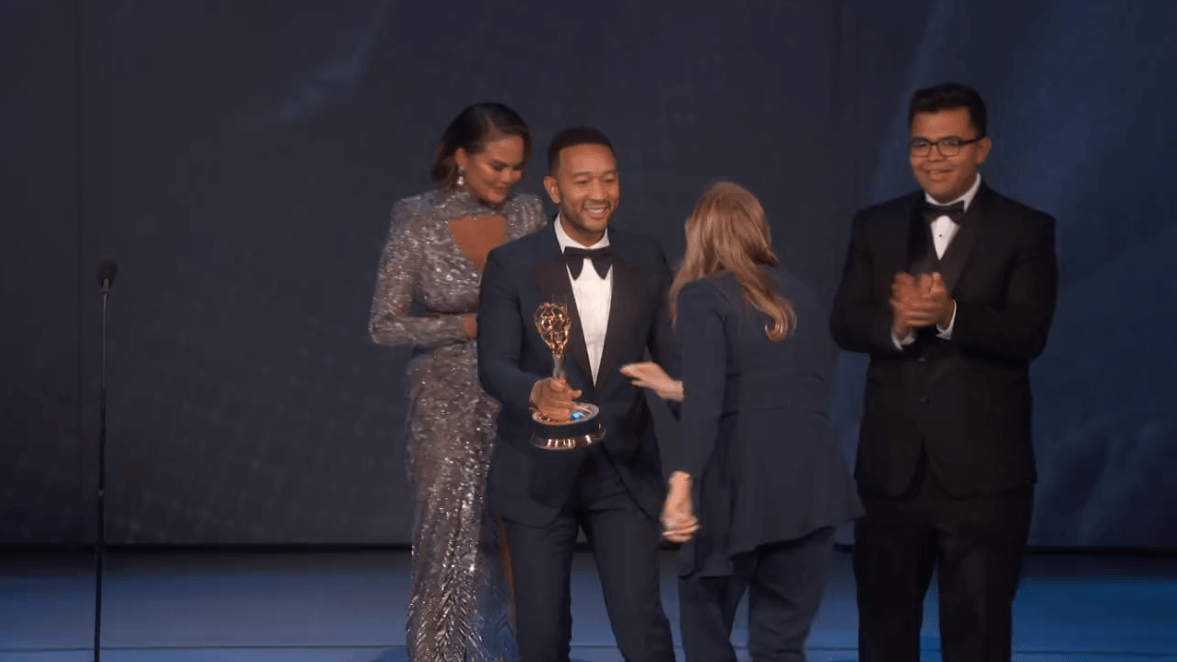