Business owners worry about the impact on the economy, their employees and customers 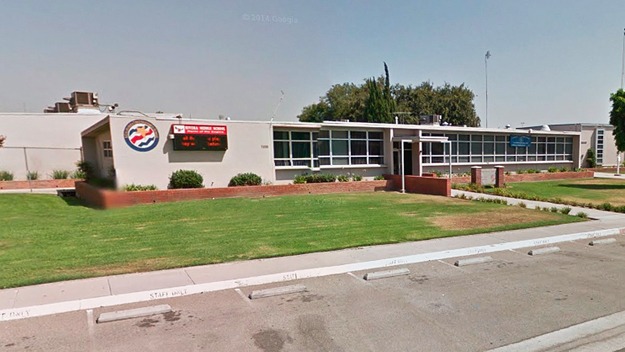 Does COVID-19 pose the biggest threat to the economy and property values this year?

Some business owners say the new Prop. 15 might be a close second.

California’s 1978 taxpayers revolt was led by Proposition 13, which not only capped the tax on all properties at 1% of the sales price, but also put a 2% cap on how much property tax can increase per year.

This allowed for real-estate owners — of homes and businesses alike — to see the value of their property skyrocket over the years, while simultaneously enjoying the benefit of a low property tax bill.

On the ballot this year is Proposition 15, which seeks to eliminate the 2% cap, but only for businesses; it does not remove the 2% cap on home property taxes, nor does it apply to farms.

Under Prop. 15, commercial and industrial property would be taxed based on its current market value, rather than its former sales price. This measure exempts commercial property that is worth less than $3 million and waives taxes on the first $500,000 of every business’s equipment.

What Prop. 15 plans to achieve with the proposed tax hike, is to reinvest the billions of dollars raised in higher taxes to local government and education, 60% and 40%, respectively.

Fiscal analysts predict that this can be anywhere from $6.5 billion to $11.5 billion in new funding each year. The amount depends on how much COVID-19 affects property values.

Prop. 15’s staunchest supporters maintain it is a “fair and balanced” measure, supported by “nurses, teachers, small business owners, affordable housing advocates and community organizations,” according to the California Secretary of State’s website.

Those who oppose the measure argued the following, according to the state’s official voter information guide: “Prop 15. is a $12.5 billion property tax increase that raises our cost of living and makes everything we buy – food, gas, utilities, day care and health care – more expensive. Prop 15 repeals taxpayer protections in Prop 13.”

Business owners worry the higher taxes will hurt them and their employees and customers.

“I am voting no,” said Patrick Aguirre, a California Restaurateur who owns four Restaurants and currently resides in Whittier, California. “This tax will only further hurt businesses that are already struggling to make it in California.”

Speaking through text exchange, Aguirre added: “For instance, I own properties that would be affected by the increase, therefore I am already preparing how I will pass this bill onto the people that lease and rent from me. Property owners will always pass the bill along. That means that the lessee will have to do two things: cut jobs and/or hours (thus hurting the little man) or be forced to raise prices which hurts his market and the entirety of society.”

Aguirre said it boils down to this: “The poorest always get the raw end of the deal.”

“The better solution would be to cut property taxes, cut regulations on business and try to bring back to our state many of the industries that we’ve forced to move out of state [such as] the aerospace industry,” he added.

Aguirre has this advice for California politicians who want to draw companies and jobs to the state: “Many corporations would love to be in our state but it would cost them millions to do business here. With that said, Our politicians haven’t realized that more business [means] more taxes collected and less business [means] less tax to collect. So they continue to squeeze rather than loosen the hold. If you squeeze too tight, you eventually kill the thing you’re holding.”