Christmas Time is Near and The Grinch is Here 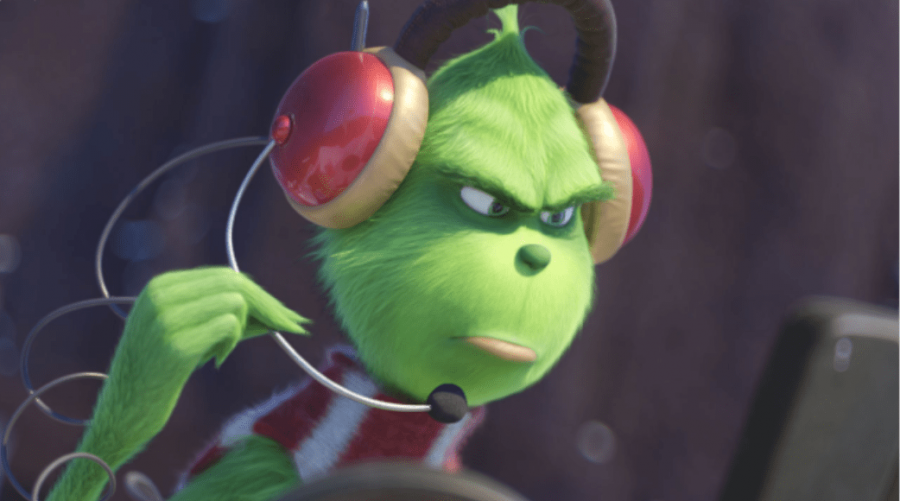 As the holiday season approaches, what better way to get in the Christmas spirit than enjoying a classic tale of Dr. Seuss’ The Grinch.

With Christmas around the corner, the residents of Whoville are filled with joy and excitement as they prepared for the holidays. The only one who isn’t in the holiday spirit is a certain green grouch known as The Grinch, who absolutely loathes Christmas. With his trusty dog Max by his side, The Grinch devises a plan to ruin Christmas for the Whos of Whoville.

The Grinch came out in theaters on November 9 and made an immediate impact in the box office, with a $66 million opening in its first weekend.

Produced by Illumination, this is their second Dr. Seuss film adaptation, following The Lorax (2012). The studio has also produced other box office hits such as the Despicable Me series, Minions and more.

When it comes to the animation, Illumination’s ability to create colorful and vibrant characters is evident in this movie, much like their previous works. Their ability to make the small town of Whoville appear larger-than-life allows the viewers to embrace the Christmas spirit. The aesthetic features of the film, such as the bright lights and Christmas decorations of the town, makes the viewers feel at home in Whoville.

Voiced by Benedict Cumberbatch, this version of The Grinch is more colorful and expressive than the Grinches of Christmas past. From his witty remarks and jokes, to his snarky attitude and actions towards the Whos, Cumberbatch adds a fresh touch to this notorious Christmas character.

The Grinch’s character development throughout the movie allows the viewers to not only understand his motives and actions, but it also gives them a chance to empathize with the character through his backstory as well.

In this version of The Grinch, we see a more outgoing, energetic Cindy Lou Who, (voiced by Cameron Seely) who plays a pivotal role in The Grinch’s sense of humanity, as he struggles with his own internal conflict.

The narrator of this movie, Pharrell Williams adds his own style to the narration, creating a vibe that is both soothing and relaxing for the audience to hear.

The humor in this movie is perfect for young viewers and adults to understand and enjoy as there were plenty of comedic moments for the audience to laugh about.

“You’re a Mean One, Mr. Grinch”, is a tune many fans remember from the classic 1966 television program, so it should come as no surprise that there is a new version of the song in this movie. In this version, American rapper Tyler the Creator adds his own unique twist to the Christmas jingle. While some may enjoy the new remix, others may prefer the traditional classic.

Even though this version of The Grinch has its differences compared to its previous predecessors, it still tells a heart-warming story about kindness, compassion and generosity. And through all that, we are reminded of the true meaning of Christmas.

The underlying message of this film is not just about celebrating Christmas with your loved ones, but also extending the holiday spirit to others in need during the holidays. Whether it’s bringing people together or making Christmas special for others, The Grinch exemplifies just that. And who knows? Maybe after watching this movie, your heart will grow three sizes more.