Coronavirus and racism: A dangerous mix for Asian Americans 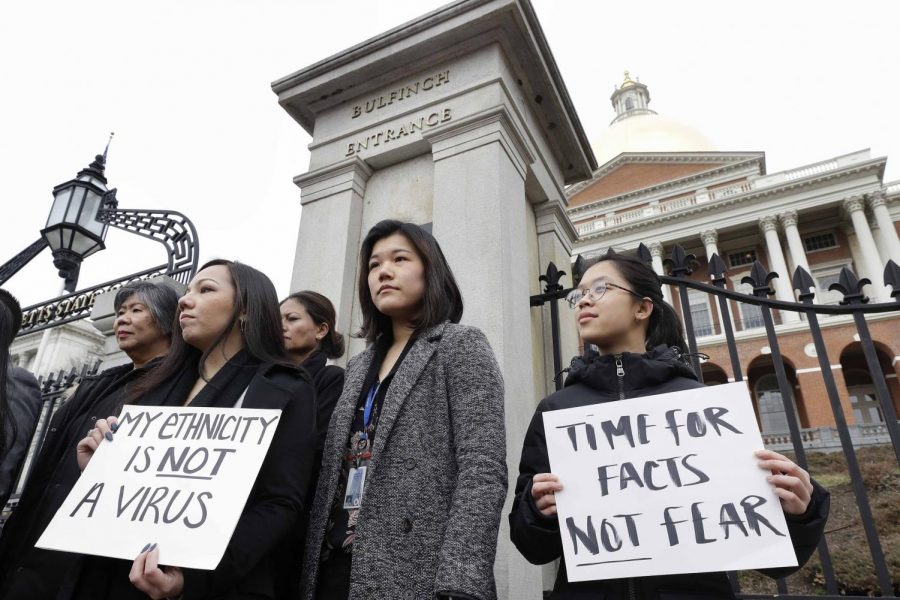 As a child, Simon Tam said he was the victim of several racially motivated attacks. He said his school officials neglected to act and now he’s worried leadership, at a much higher level, is failing to thwart anti-Asian sentiment.

The contagious coronavirus may not discriminate but Chinese Americans and other Asian Americans are being singled out. As the cases of COVID-19 continue to rise, so do reports of hate crimes committed against people of Asian descent.

“Hate crime incidents against Asian Americans likely will surge across the United States, due to the spread of coronavirus disease,” according to an FBI assessment acquired by ABC News. “The FBI makes this assessment based on the assumption that a portion of the U.S. public will associate COVID-19 with China and Asian American populations.”

Some, including Tam, have attributed this to President Trump’s usage of the term “Chinese virus” to describe the novel coronavirus.

“Trump and his base–people who use that phrase, they don’t actually have to bear the consequences of it. Their lives aren’t in danger. But it’s people who look like me and my family that are,” said Tam, the founder and frontman of the Asian American dance rock band, the Slants. He’s has dedicated his music and career to activism including tackling Asian American issues.

Those issues include Asian American and Pacific Islander communities facing verbal abuse and assault due to the stigma and prejudice revolving around COVID-19.

In one instance, a reporter of Asian descent tweeted that a White House official called the coronavirus “the ‘Kung Flu’ to my face.” In another, reported by the New York Times, a young woman in San Francisco was spat on by a man spewing profanity regarding China. In an even more severe case in the San Fernando Valley, according to CBS News, a teenage Asian American was sent to the emergency room after being attacked by school mates accusing him of having the virus.

“I feel that it’s ridiculous. I mean we are supposed to change history, not try to repeat it,” said Andrew Cheung, a Chinese American Cal State LA student. “Right now should be a time to be unified and not trying to slander one culture or race. In the time of need, we should help each other out and not attack each other.”

Trump claims his language was justified since the virus seems to have originated from China.

The use of the phrase is contrary to what health experts, including his administration’s CDC director recommend, reported the Washington Post. In an interview with Science Magazine, Dr. Anthony Fauci, the director of the National Institute of Allergies and Infectious Diseases, said he never has and never will use that phrase.

Short for Coronavirus Disease 2019, the COVID-19 label avoids referencing any region, race or animal per the guidelines set by the World Health Organization (WHO) in 2015. Even so, the WHO acknowledged the bigotry that has been surging.

“Stigma occurs when people negatively associate an infectious disease, such as COVID-19, with a specific population. In the case of COVID-19, there are an increasing number of reports of public stigmatization against people from areas affected by the epidemic,” the WHO wrote in a February report. “Unfortunately, this means that people are being labelled, stereotyped, separated, and/or experience loss of status and discrimination because of a potential negative affiliation with the disease.”

Early last week, while not apologizing, Trump refrained from using the term at a press briefing and expressed solidarity with Asian Americans.

“The president added that Asian Americans were ‘incredible’ and that they may have been subjected to ‘nasty language’ in recent days,” reported Business Insider. “‘I don’t like that at all,’ Trump said.”

Earlier the same day, he signaled support on Twitter.

Tam was not convinced.

“The damage has already been done,” he said. “It’s like hitting a bunch of different people with your car and saying, ‘Well, I’m going to slow down now.’”

Jaimie Le, a Vietnamese American Cal State LA student, felt Trump’s influence and power as president meant he had a duty to be mindful of his language — something she believes he fell short of. His rhetoric, said Le, added “fire to the ongoing racism and prejudice against Asian Americans, particularly against Chinese people.”

Some have dismissed the controversy as insignificant in the grand scheme of things, with the pandemic taking lives and crippling economies across the globe. But Tam said this is still a cause worth fighting for.

“It still matters because there’s still real consequences being faced by our communities,” said Tam. “People still need to be responsible for their behavior, especially in the midst of a crisis. That’s the time to demonstrate true leadership; not trying to avoid responsibility for words or actions taken.”

When asked what message he has for young Asian Americans, Tam encouraged them to get “civically engaged.”

“If you don’t like the system, then be a part of the change. Run for office and actually participate in local elections. Because I think, that’s ultimately where we’re going to see the greater ability to shift our culture and our system.”