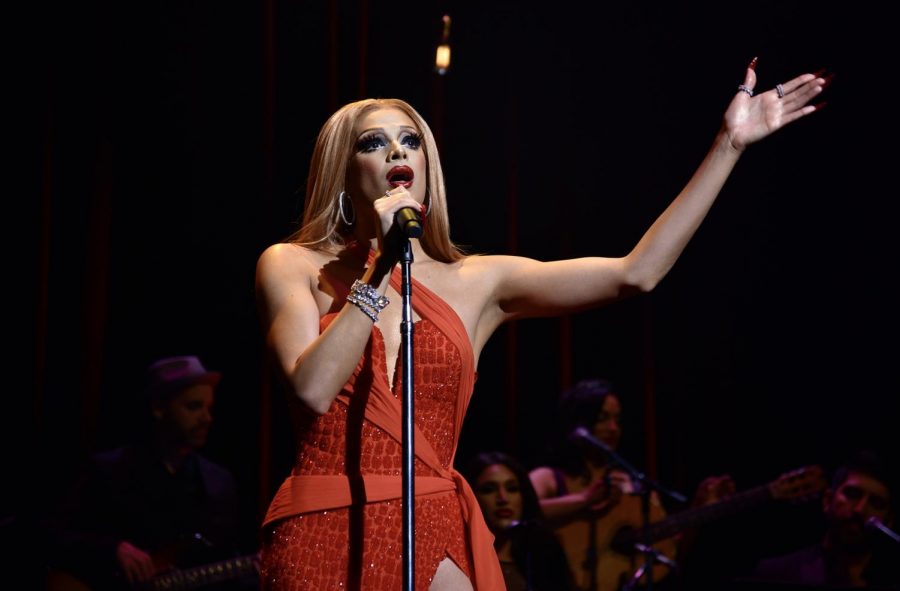 Valentina performs a cover ofJuan Gabriel’s “Amor Eterno” at the Luckman Theatre this past Saturday.

RuPaul’s Drag Race contestant, Valentina, took on the Luckman in a performance that highlighted her Latinx roots.

Valentina has made many of her fans feel proud of their culture.

For audience member Joe Sanchez, Valentina inspired him to look into his heritage.

“I was adopted and [did] not [have] Hispanic parents bring me up. I lost a lot of that culture, so by seeing her on TV, it actually exposed me to a lot,” said Sanchez.

Moises Valdez felt similarly as he loved how Valentina brought him back to his roots. “I appreciate how she… brings us all back to our Latin roots and our culture and I love that I can explore that more with her in a more commercial aspect.”

“The performance, the aspect, just the ambiance of it all. She’s amazing. She’s great,” added Valdez.

The drag queen performed in two gowns, both of which were hand beaded and gifted from designer Nicholas Oakwell Couture. Her style didn’t go unnoticed by the audience.

“I love her creativity, her level of fashion, her chicness. I think she brings to drag something that is really fashion forward and chic and kind of sophisticated,” said audience member Allan Troy Watson.

“It’s nice to see somebody who relates with telenovelas and things that we love to see… we love drama and high glam,” said San Cha, a musical artist there in attendance.

“You know, we were used to seeing drag queens… lip synch and put on shows that way. So for her to put on a whole concert of singing live just [takes] her career to another level. I think that’s probably what’s been the most inspiring from this performance,” said Joel.

The last song she sang was “A prueba de todo,” which is one of her newest debut singles.

“I try my very hardest to be a good example, to always promote positivity and only that. And if people really appreciate that, I do as well,” said Valentina.

Valentina ended the night, dancing to “Mambo” in the theater.