Jashmarie Suarez leads her team on and off the court 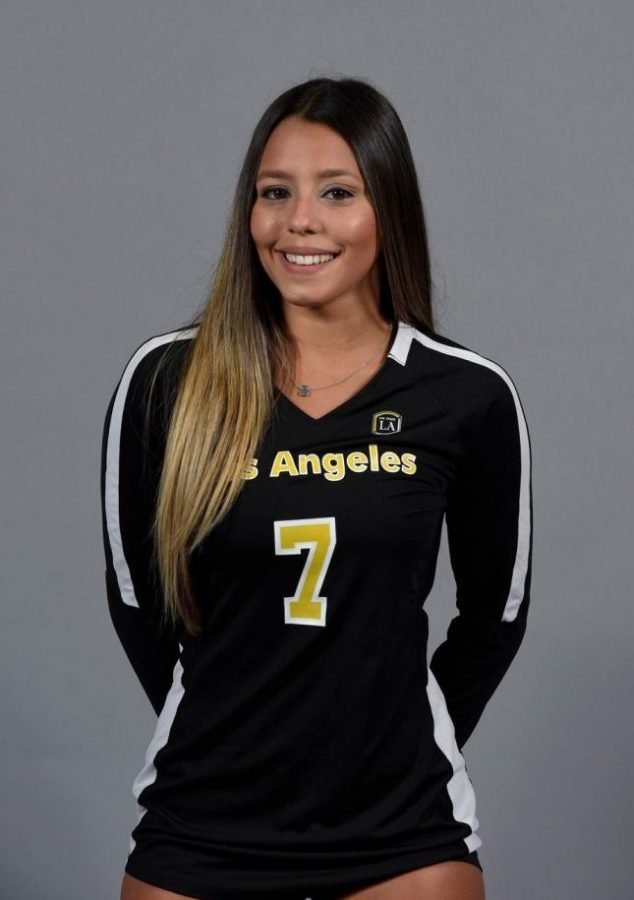 Jeshmarie Suarez is the best libero in all of NCAA Division II. At least that is what head coach, Juan Figueroa, said.

“She’s very consistent with her game. She’s explosive, she’s fast, she knows how to read the ball well and she makes good plays back there. She keeps us alive … I think she is the best libero in the entire Division II volleyball.”

Her head coach is not the only one who marvels at her defensive consistency on the floor. In 2016, she competed for her home country of Puerto Rico in the Norceca Under-20 tournament, where she took home the Best Libero and Best Digger awards. In California Collegiate Athletic Association (CCAA) play last season, she was second in the conference in digs with 482 and an average of 4.5 per set.

While she hopes to lead the conference in digs this upcoming season, she is more committed to team success.

“It’s not [about] individual achievements. I need to give my 100% [so] the team can actually do good. So my goal right now is [to] be on the court, be a leader and help in the back row with the experience that I have.”

She is already well on her way in establishing herself as a leader on the team. Teammates Karla Santos and Tori Galloway both praised her leadership ability.

Santos has known Jeshmarie since she was 12-years-old, going all the way back to their time at the club level in Puerto Rico, where she is also from. Even back then, she would tell her that she was going to be a great player when she saw her at tournaments.

Freshman right side hitter Tori Galloway was also impressed with Jeshmarie’s leadership when she came to Cal State LA on a recruiting visit in September 2018.

“I learned she is someone I can go to with questions about how they run stuff here and if I feel uncomfortable [asking] anybody else, I know I can go to her. She’s a really, really good leader.”

Suarez’s prowess on the volleyball court is matched by her dedication to her studies. She is currently pursuing a career in anesthesiology and her schoolwork is incredibly important to her.

“That’s always my priority. The academic part is always my focus because that’s what I want to be, like a doctor, so you know you have to keep focused [on and off] the court.”

While she acknowledges it’s a long trajectory to get where she wants to go, she is doing remarkably well. She received a 2018-2019 CCAA All Academic award and also earned College Sports Information Directors of America (CoSIDA) Academic All-District 8 honors.

For context, she was one of eight volleyball players to receive the honor for District 8 which is comprised of the CCAA, PacWest and Great Northwest Athletic conferences, all within the confines of NCAA Division II.

Jeshmarie, and the rest of the volleyball team, open up their season at the Palm Beach Tournament starting Sept. 6.