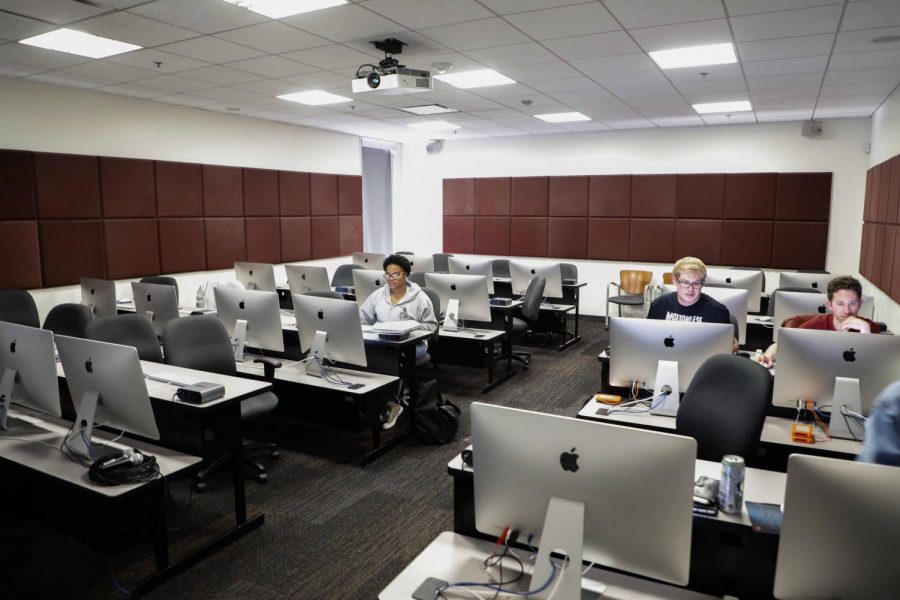 “Who would’ve thought that we would have a pandemic in the middle of the semester? Nobody,” said liberal studies major Jorge Luis Ortiz.

After the first week of online classes, students are adjusting to classes without face-to-face interaction. Students have had mixed feelings with the transition as some professors, technology and home life have created a number of issues.

Students like Ortiz haven’t run into issues due to his familiarity with online classes and the video conference app, Zoom. Ortiz acknowledged Zoom does take some practice in order to feel comfortable using it.

“I feel like Zoom is a lot easier than other platforms like Google Classroom. It’s a lot easier to operate and everyone can [use the] chat box or they can Zoom individually,” Ortiz said.

Some of his professors have struggled with the transition to online classes, however, they are also being flexible with upcoming deadlines. His disability class professor is being “extremely flexible” and is allowing all assignments and quizzes to be submitted by the end of the semester.

He added he understood his professors are also going through a rough patch as they transition their courses to online. “This is an unprecedented situation for them since they’re being asked to basically transfer to another method [of teaching] mid-semester.”

A third-year majoring in liberal studies and a minoring in history, Yolanda Estela Segura Velasco, said she does like online classes so far, and feels like school is 24 hours a day, seven days a week: “Before I would just focus on school when I was physically there and now it’s everywhere.”

Velasco said she found it irritating because she felt like her instructors were not updating her enough on assignments. “It’s harder for me. I [would] rather do a discussion [than take] weekly exams,” Velasco said.

Other students are finding their professors may not be completely comfortable with the technology like Eric Diaz, a third-year civil engineering major.

“Zoom is what [professors] don’t understand how to use exactly. Learning-wise, it makes it more difficult, at least for me, because I work more hands-on than looking and reading,” Diaz said.

He added there are instances where Zoom crashes or freezes on the professors. At home, Diaz said his parents don’t understand he’s had to make the move to online classes.

Alicia Prieto, a senior with a minor in child development and a major in rehab services, has also had major problems with school and home life.

“I have five classes and each class wants to meet via Zoom. I have three younger siblings running around yelling and causing chaos. I work for the city so I still have to go to work,” Prieto said.

Prieto said she has had no luck with her professors being more flexible: “Deadlines are still the same, no flexibility. I have a professor saying he has 500 students so he can’t be flexible and change dates.”

Prieto mentioned she’s planning to graduate this semester so dropping a class is out of the question.

For Teresa Ramos, a criminal justice major, she’s had difficulties studying at home. She has appreciated her professors for making assignments easier like changing a group presentation to an essay and letting her go back to questions on online quizzes.

“On our recent exam, he allowed us to go back to questions we skipped… it [felt] like I was taking it in person where I was able to skip over questions when I felt stuck,” said Ramos.

Ramos added she bought a desk for home and placed it by the sunlight to give herself a preferred study space.

Other students like television and film major James Rincon have made an easy transition, but found his production class to take the biggest hit. Rincon was prepping a short film with classmates for weeks and won’t find out what’s next until after Spring break.

“It was a 10-minute drama short film. We were ready to film that weekend school got canceled. We had a whole studio binder filled out with everything we needed…At the moment, that’s up in the air,” said Rincon.

While students are adjusting, spring break at least gives them another breather before going back to their screens and finishing the semester.