Fraternities and sororities: It’s not all about the parties 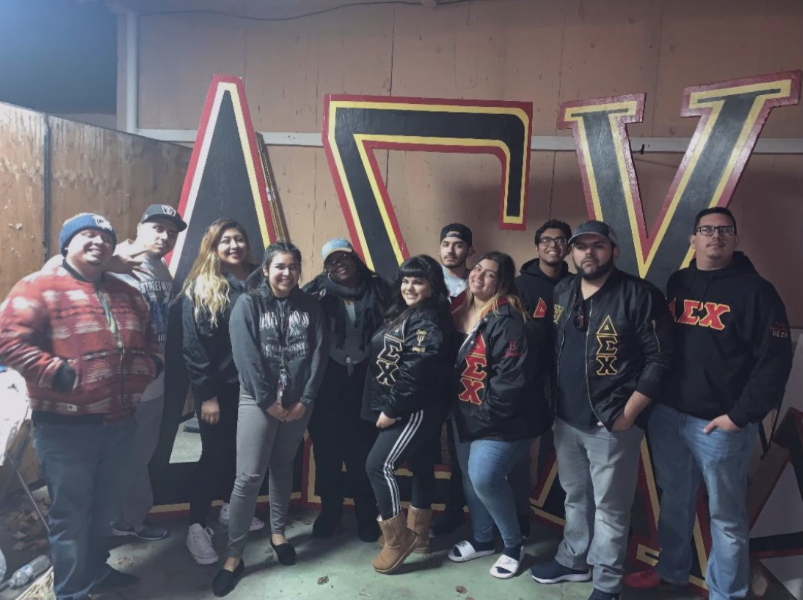 Delta Sigma Chi focuses on helping the community through community service and creating a healthy inclusive community between their brothers and sisters. Photo courtesy of Maria Salgado

Prior to becoming a pledge educator, Alex Nguyen only went to school to attend classes. University events and clubs were never on his radar.  That all changed when Nguyen joined a fraternity in the fall 2018.

Likening Greek life to a roller coaster ride, Alpha Phi Omega’s Nguyen said,  “Nothing about Greek life was what I thought it was, and every time I got comfortable with the ride, a complete drop would happen.”

It helped him find a better way to engage with not only himself, but with others around him.

“I found myself leaving every service event, every general body meeting, every hangout, asking myself new questions and looking for more answers,” he said. “This connection between the school and me, and me with myself, has helped me grow into not what I thought I should be, but who I allow myself to be, who I will myself to be, who I encourage myself to be, and who I work to be.”

Fraternities and sororities have been a part of Cal State LA since 1948. Currently, there are 20 different chapters that students can join. Each one has a different focus, ranging from culturally-focused chapters to community service-based ones.

Founded in 1954, Alpha Phi Omega, a co-ed fraternity, focuses on its three pillars: leadership, friendship, and service. The fraternity aims to create a welcoming and supportive atmosphere that helps students grow and understand themselves. They focus on creating a second family on campus, Nguyen said.

Fraternities and sororities are followed by the stigma of being all about partying . Originally, this made Nguyen wary about joining a chapter.

For other students like Maria Salgado, president of Delta Sigma Chi, joining was a must.

“Since the moment that I found out about fraternities and sororities in high school, I knew I wanted to be part of one,” said Salgado. “I didn’t really know what they were about, but I saw the lasting friendships and memories that were made, which attracted me to them.”

Delta Sigma Chi is a co-ed fraternity founded by Latinxs in 2005. It is a multicultural fraternity that focuses on the idea of helping Latinxs pursue and graduate from college. They help others through community service, creating a healthy and inclusive dynamic between their members and academics, Salgado said.

Salgado has had a welcoming and inspirational experience so far.

Growing up in an immigrant Latinx household, both her parents would often overwork themselves to help provide a better life for her. Because of this, they did not have the opportunity to pursue a higher education for themselves. Salgado pledged Delta Sigma Chi in the fall of 2020 because it gave her a community to rely on while navigating the difficulties of being a first-generation student.

“When I took an interest in Delta Sigma Chi and found myself becoming a member, I realized that I finally had people I could rely on, people that would be longtime friends, mentors, and family,” said Salgado.

To join a chapter, one must be a student at Cal State LA. Each chapter has a different joining process based on their governing council and their national and regional offices. Chapters can be contacted directly for more details.