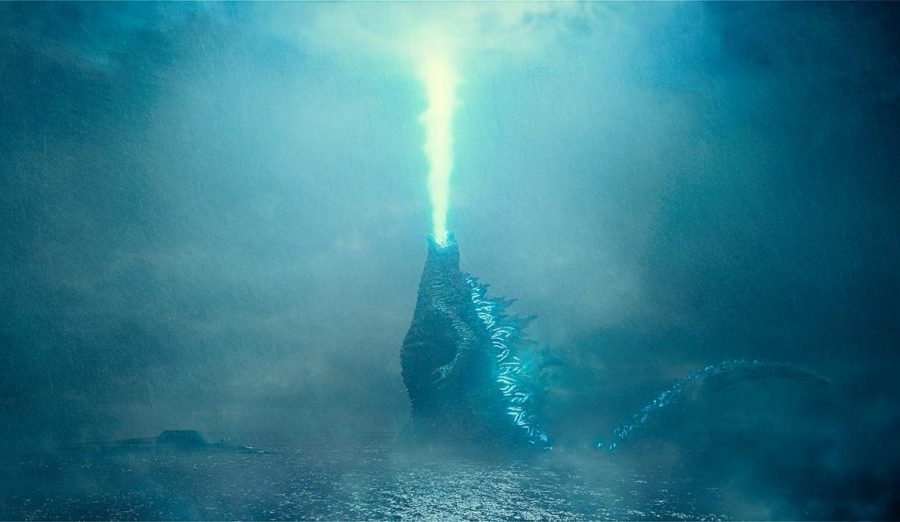 Press release of Godzilla: King of the Monsters, property of Warner Brothers

Godzilla makes his long-anticipated return to the silver screen in “Godzilla: King of the Monsters.”

Top secret crypto-zoology agency, Monarch, tries to save humanity from “Titans”; godlike monsters that awakened from their deep hibernation. Among these Titans is Godzilla. As he goes toe-to-toe with his nemesis, the three-headed alien dragon King Ghidora.

Godzilla aficionados will be pleased with this offering as it has a lot of fanservice and addresses the main criticism of its predecessor “Godzilla” (2014), not enough monster fights. This worry is put to sleep as the monster battles are plentiful and satisfying.

Fan favorites Mothra, Rodan and aforementioned King Ghidora pull at the nostalgia strings and they never looked better. The $200 million budget is put to work as the CGI is world-class.

The cinematography is stunning to say the least. This film features some of the most breathtaking wide shots and establishing shots to really immerse the audience into the film. You can really feel how gargantuan and destructive these creatures are.

Where the film falls short are the human characters and interactions. Dr. Emma Russell (Vera Farmiga) and Madison Russell (Millie Bobby Brown) attempt to bring to life a mother-daughter in the crossfires of destruction, but the relationship comes off as forced and unnatural.

To the film’s disadvantage, this subplot takes much of the attention away from the eye-catching monster fights. These scenes drag the film to a grueling two-and-a-half hour long experience.

Diehard Godzilla fans will appreciate and enjoy this film simply due to the epic Titan fights. Casual fans, however, might be turned off by the piled-on unnecessary drama. “Godzilla: King of the Monsters” is the definition of a summer blockbuster; all show, little substance.

With all the family drama cut out and maybe a shorter run time, this film would have been spectacular.