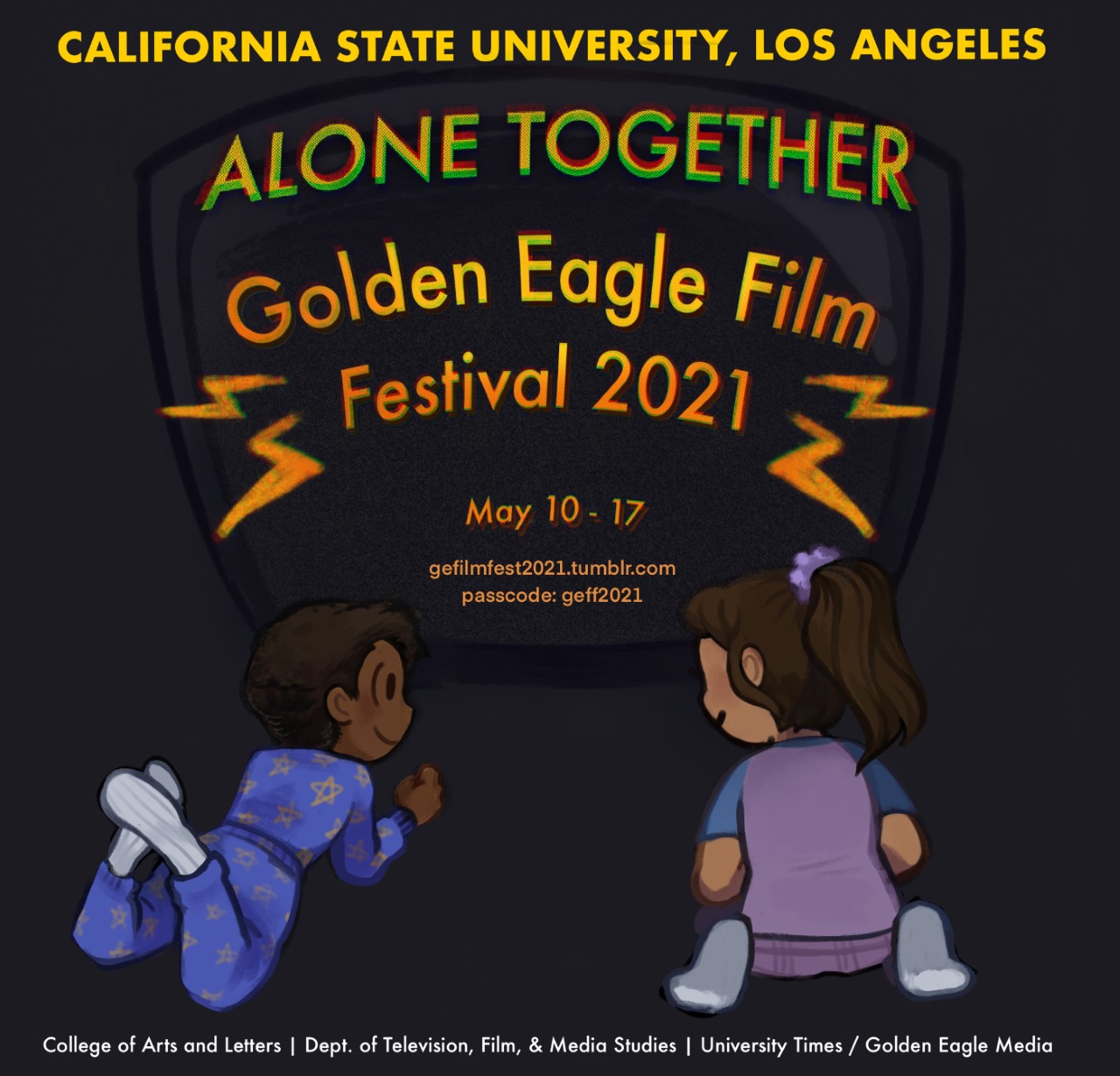 Wrapping up the academic year, the 21st annual Golden Eagle Film Festival (GEFF) will virtually kick off May 10 and continue for a full week on a designated Tumblr page. GEFF showcases films submitted by Cal State LA students, sharing their creativity amongst their peers.

James Rincon, co-director of the festival, spoke on the importance of sharing students’ films with everyone.

“We are going through an unprecedented time when it comes to us being at home, and we think that we should show off the students’ creativity,” said Rincon.

He said that the submitted films were made either by following Covid-19 protocols or by students filming independently.

Dr. John Ramirez, a professor who teaches a spring class that organizes the festival, said that his students are dedicated and engaged in planning the festival.

With the pandemic arriving early last year, it had halted the students’ plans to do the festival. Before the pandemic, families, students, and faculty attended the festival in person. They had a fun experience with live entertainment, live music, a reception with food, a showcasing of the films, and the award ceremony.

Ramirez, a founder of the film festival,  said that it was challenging for everyone organizing the festival to adapt to the pandemic circumstances. He went on to say that even though the students were going through a difficult time, they were able to pull through and manage to put the festival online.

As for this year’s festival, the event will also be streamed through Tumblr, and all interactive forums will be conducted through Zoom.

The award ceremony will also be live-streamed along with the festival. At the end of the screenings, the faculty judges will receive an electronic digital ballot of the film titles. Each judge will rate the films according to the scales of different qualities that the film has. Once finished, the judges will send the ballot to the programming team, who will tally the votes.

“The films that get the most votes in various categories will be the winners,” said Ramirez.

Ramirez said that there would only be one winner for each category because they did not have enough funds to buy the awards. They only had enough for only one winner per category. The awards will be given for Best Narrative, Best Cinematography, Best Animation, Best Documentary, Best Dramatic Film, Best Director, and Audience Award.

With the submissions, not as many students submitted their films compared to previous years. With the impact of the pandemic, there are not as many resources that students have to make a film that they want. The lack of resources then leads to the students not wanting to film or submit their films for the festival.

“We want to break [the students] out of that mindset and get them to believe that we want to see what they created,” said Ramirez.

Ramirez followed up by saying that they want to celebrate and thank the students for pursuing their dreams regardless of the impact of the pandemic.

“We just want to, hopefully, make connections and show off the creativity of the students at Cal State LA,” said Rincon.

He went on to say that he also hopes that by people seeing a film that they enjoyed, they could connect with that student filmmaker and work with them in the future.

Students who submit their films can gain a lot from participating in the event. Rincon said that regardless if a student’s film wins or not, they can recognize in their resume that their film was showcased at the festival.

“I think people should tune in to see the creativity that their classmates have achieved and to see how the TVF program has helped out these students,” said Rincon.

The virtual film festival kicks off on May 10 and will be available on-demand through May 17.

To view the film festival, click on the link below.