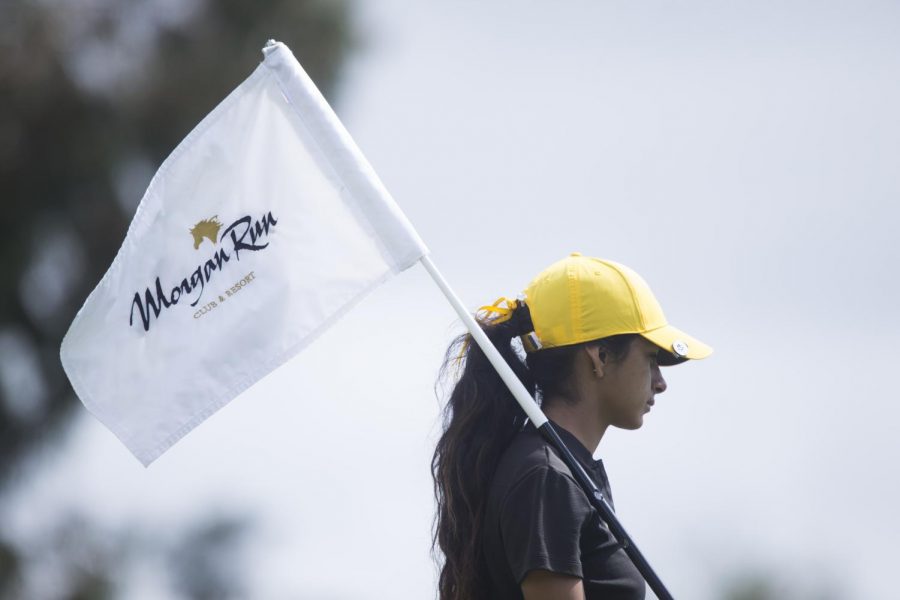 In only their second season of play, the Golden Eagles improved tremendously, as they shot 967.

Last year in the CCAA Championship Tournament, the Golden Eagles shot 1,192, a staggering 225 shot differential compared to this year.

On the first day, Cal State LA shot a program low of 324 in the opening round of the CCAA Tournament.

The weather conditions on the second day were much windier and colder than the first, but this did not stop Cal State LA from breaking their previous record. They were able to set a new program low in the second round on Tuesday, when they shot 314.

Golden Eagles’ senior Leanna Mena picked up a birdie on the par-4 18th hole and finished the second round with a total score of 156.

“It’s a great experience being out here. The greens are tough and the winds picked up a little bit, but I’m sure everybody realized that,” said Mena jokingly in a post-game interview.

For Golden Eagles head coach Hans Kersting, it was an amazing day for his team.

“We came into the tournament with pretty high goals. It’s been a remarkable season for us,” said Kersting in a post-game interview. “Everyone is setting personal bests and I couldn’t be more excited.”

On the final day, they shot 329 and accumulated a tournament score of 967.

Mena was Cal State LA’s top performer in the tournament as she finished 14th with a three-round total of 232 (79, 77, 76). Her overall score was 18 shots lower compared to her performance in last year’s tournament.

Freshman Caleigh Clark was right behind Mena in the standings as she finished tied for 15th and posted rounds of 76, 79 and 79 for an overall score of 234.

Another freshman also finished in the top 20 for the Golden Eagles. Caitlyn Jimenez shot 80, 77 and 80 in three rounds to finish in 19th place with an total score of 237.

Freshman Jasmine Lam shot rounds of 89, 81 and 94 to finish in 28th place at 264. Lam helped lead the Golden Eagles to a program low of 314 shots on Tuesday as she bested her record from the previous day by eight shots.

Despite not coming up with a championship, the Golden Eagles performed to the best of their abilities this season.

In only their second year of competition, the women’s golf team showed great improvement and the future remains bright for this young athletic program.