Men's soccer rallies from behind against Biola 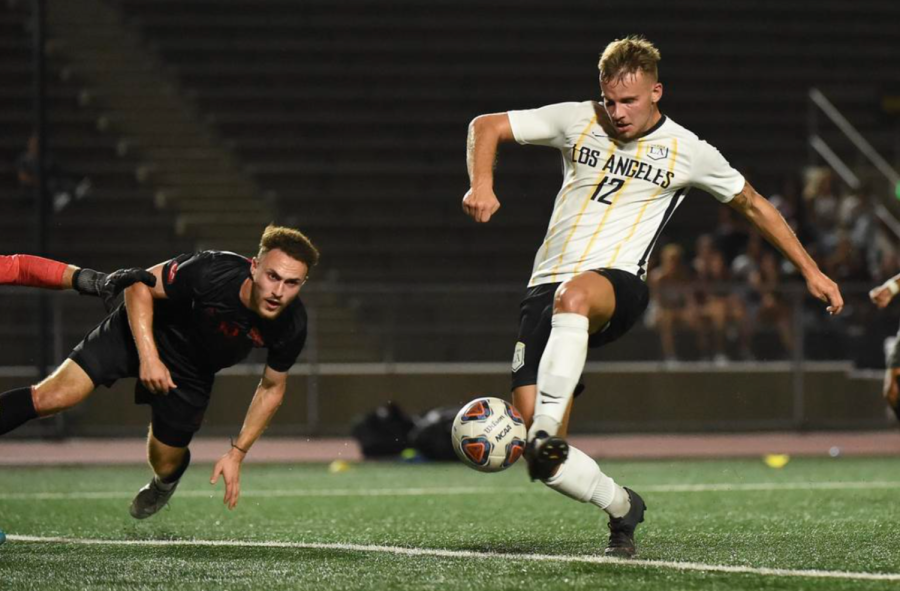 The Golden Eagles started the game offensively by scoring two early goals with a corner kick from junior defender Oliver Diaz and a penalty kick from junior forward Bryan Ortega, giving the defending champions a 2-0 lead against Biola.

Biola’s Eagles weren’t done just yet, coming back and taking a 3-2 lead with five minutes to go in the first half.

The second half began with a quick goal from senior forward Manuel Garcia. Later on, freshmen defender Marlon Radel scored the final goal for the Golden Eagles as they held off the Biola Eagles and continued their perfect start to the season.

“It was great,” Radel said. “I like to score. I’m a center back. I didn’t get many chances to score a goal, but it was important. We fought the whole game. We have to learn from our mistakes and keep pushing until our next game on Saturday.”

Coach Michael Erush was proud of how his team rallied from behind to win a tough game at University Stadium.

“We adjusted a few different things that were giving us trouble. It wasn’t the best first half for us,” Erush said. “Having given up multiple goals, the adjustment was a couple of tactical switches along with personnel switches to solve how they were scoring on us. I think coming into the second half, we were a different team. [We were] very organized, and we made a good adjustment to get on the front foot, create chances and win the game.”

The #1 ranked Golden Eagles are now 4-0 on the season and will face Azusa Pacific in their next matchup this Saturday.