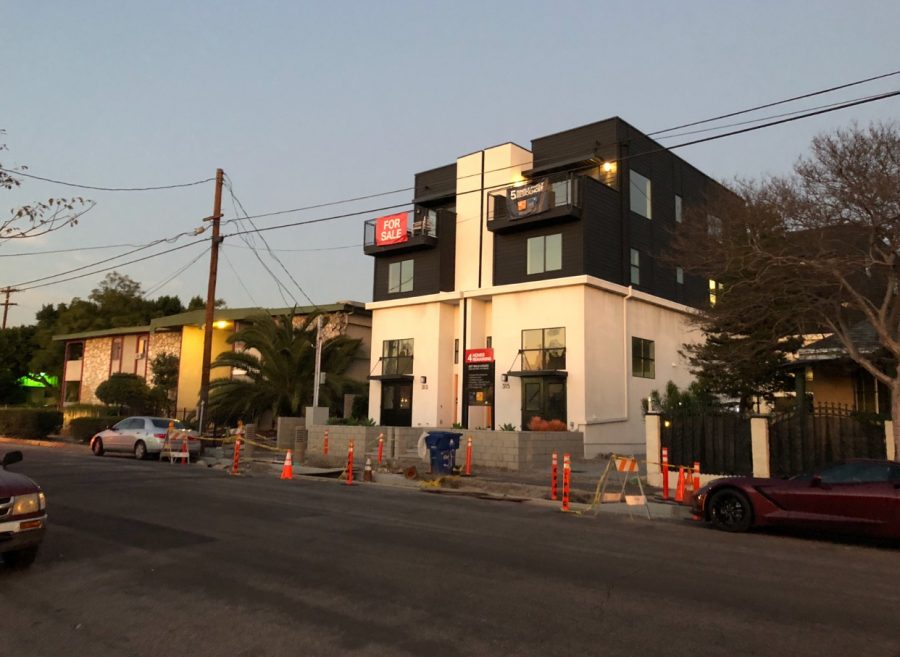 Four of five single family homes in a new building in Highland Park are for sale. (Martha Nerio/Community News)

Elma Ordonez, who has lived in Highland Park for more than 10 years, said she has seen many longtime residents leave the neighborhood as it gentrifies and as rents increase.

“My apartment building itself has had a lot of tenants in and out due to issues with rent,” Ordonez said, adding that despite price hikes, the building hasn’t been refurbished like ones around it.

The problem is so pervasive, in fact, that the neighborhood council formed a committee on housing and homelessness just over two years ago to advocate on housing issues and work with community organizations to provide resources to residents.

Residents complain that they’ve had to find multiple roommates or they may leave, despite having key resources and support networks nearby. Some landlords feel equally stressed as they’re asked repeatedly for extensions for rent payments.

“It’s tough because I understand both sides…I help my family with collecting and paying our own rent,” said Andres Alonso, 19, whose grandparents are landlords in Highland Park.

Near Avenue 57 and Benner Street, five buildings have been converted to luxury apartment or condominium complexes in recent years. Mom-and-pop businesses – like clothing shops and liquor stores – have closed down, making way for coffee shops, upscale boutiques and competing yoga studios, including two that are across the street from each other.

Lance Freeman, a Columbia University urban planning professor, wrote in an article for the journal CityScape that gentrification is effectively due to the “young and educated moving into central cities for more practical concerns, such as proximity to work and availability of retail.”

Those are some of the same factors that make it difficult for longtime residents to leave gentrifying neighborhoods.