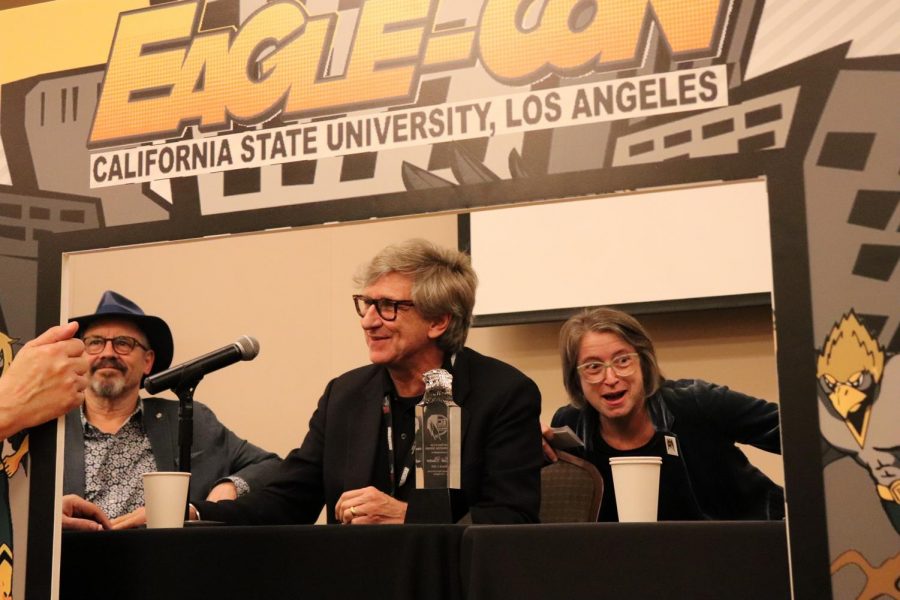 To commemorate about 30 years of work, Hollywood production designer Rick Carter was presented with the Imaginator Award: an award given at Cal State LA’s Eagle-Con 2020.

According to the Eagle-Con website, the award celebrates “wondrous” achievements in visual conceptualization and standout achievements of people in the art departments of the entertainment industry. It is awarded based on the recipient’s body of work and relevance to the theme.

Carter’s body of work is extensive, headlined by Hollywood classics such as “Jurassic Park,” “Avatar,” “Star Wars: The Force Awakens” and many others. Carter’s work embodied this year’s theme of “Life: Artificial, Natural, and Undiscovered,” based on the qualifications for the award.

“Rick Carter is one of the great production designers in Hollywood,” said Patrick Sharp, faculty director of Eagle-Con. “If you’ve seen his films and you are impressed by the visuals of those films, then you know Rick Carter’s work. You know the type of professionalism he brings. You know how amazing the worlds he creates are.”

The award was presented to Carter by Linda Essig, dean of the College of Arts and Letters, and Executive Director of the Art Directors Guild Chuck Parker.

“I just hope the Imaginator Award turns into something that the campus here takes pride in, in the fact that they get to honor people who have imaginations,” Carter said in a one-on-one interview with the UT. ” I feel very honored to be a recipient of it… and I think it speaks to the future.”

The award was part of a larger panel led by Carter, discussing his work and how integral it is for students to collaborate with people in Hollywood.

Students, like education major Kimberly Delgado, found his discussion helpful for those pursuing a future in show business. “I really liked that and like how he handles stress and stuff like that. Like his whole world is…… bringing it together and [collaborating] with other people.”

She added how bringing people like Carter to Cal State LA opens up doors for students and brings the campus more recognition.

Despite showing up late, Toby Shawar still took some lessons from Carter. “I’d say that as long as you pursue your dreams, it’ll pay off.”

He added “It will make an impact on the students a lot to pursue their dreams and their hard work, too.”

Sharp saw the event as the chance for students to network and talk with industry professionals. Students in the room engaged with one another and lined-up quickly just to share a couple words with Carter.

Carter explained the industry would see the paradigm shift and then ultimately give people a chance they wouldn’t have had before. He noted imagination as the key,

“If you have an imagination and you really want to pursue that aspect in your life and career, believe that you can and that this a new dawn, a new era,” said Carter.

Eagle-Con 2020 closed out with a final reception in the art gallery where students found one last time to revel in their fandom.