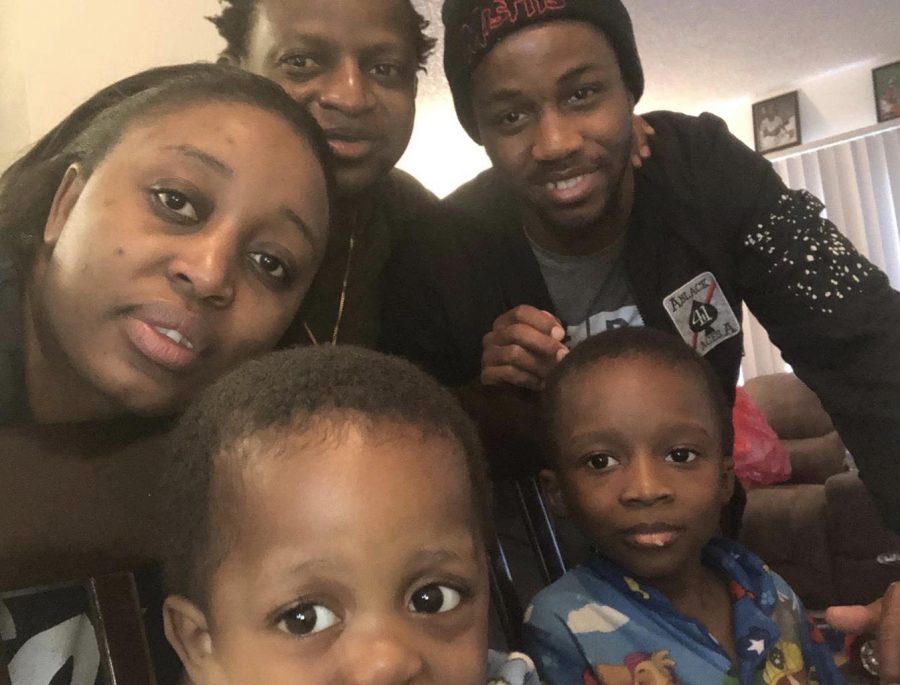 When Leon Tafirenyika was effectively kicked out of the dorms, he called the only person in Los Angeles he could think of who could possibly help him: his favorite professor.

Tafirenyika has lived in the dorms since September of last year, thanks to his track and field scholarship. However, he said, with no job or family in the U.S., having to find a place to live during the onset of the pandemic proved to be near impossible due to high rents and relatively few apartments being available.

Taking a 36-hour flight back to Zimbabwe was not an option for Tafirenyika, a sophomore majoring in political science. He said, “My parents couldn’t afford a ticket to fly me back and I couldn’t afford it myself.”

Tafirenyika reached out to his former Pan-African studies professor, Tavengwa Gwekwerere. When Gwekwerere heard about his student’s situation, the professor, who has taught at Cal State LA for four years, immediately picked Tafirenyika up and let him stay with his family.

“Leaving him alone to face homelessness . . . would have meant that I would have failed as a big brother,” Gwekwerere said. “My culture does not permit me to turn a blind eye to the challenges of people that I consider family.”

Their friendship began early on.

When Gwekwerere noticed a student with a Zimbabwean last name of Tafirenyika in his Third World Images in Film course, he offered to assist Tafirenyika. Although Gwekwerere knew Tafirenyika had a scholarship that covered his housing expenses, he wanted to make sure Tafirenyika knew he had help in the same way that Gwekwerere received when he arrived in the U.S. in Aug. 2016.

“If a grown man like me needs help settling down in this country, how about a 20-year-old?” Gwekwerere asked. “Besides, in terms of our culture as Zimbabweans, it is mandatory to assist each other, especially when you are away from home.”

When Gwekwerere and his family arrived in the United States, he received help from his department chair, Lawson Bush, who offered to let the family stay at his mother’s home in Pomona. The Gwekwerere family believes that by helping others, they plant the seeds for help they may receive in the future from others.

“Leon does not see me as his professor, neither do I see him as my student,” Gwekwerere said. “We are brothers and we’re accountable to each other as we both seek to establish ourselves in this country.”

When Tafirenyika joined them, the Gwekwerere family lived in a two-bedroom apartment in Upland. They told Tafirenyika he would need to share a bedroom with Gwekwerere’s two sons, ages 6 and 2.

Gwekwerere said that Tafirenyika is “loved” and his children did not mind sharing a room with the college student. After a week of housing Tafirenyika, the Gwekwerere family moved to a bigger home with four bedrooms and three bathrooms.

And the college student was invited to come along.

Gwekwerere said, “We all need help at one point or other, and as a father of two, I also need my children to be assisted, especially in my absence.”

Gwekwerere has a history of assisting students in need from the University of Zimbabwe. Most of the students he helped were first-generation students who did not have relatives they could live with, nor jobs to pay rent.

Gwekwerere said he knew how talented these students were and decided to make their college journey easier. He understood the difficulties college students face because he also got housing assistance in Harare with his mother’s sister when he was a student.

“Will I do this again? Most certainly,” Gwekwerere said. “Nobody pulls themselves up singularly by their bootstraps.”

Tafirenyika added that he is grateful for the help he’s received from his former professor-turned-friend. “He took me in like his own brother,” Tafirenyika said. “I don’t know what I was going to do if it was not for him.”