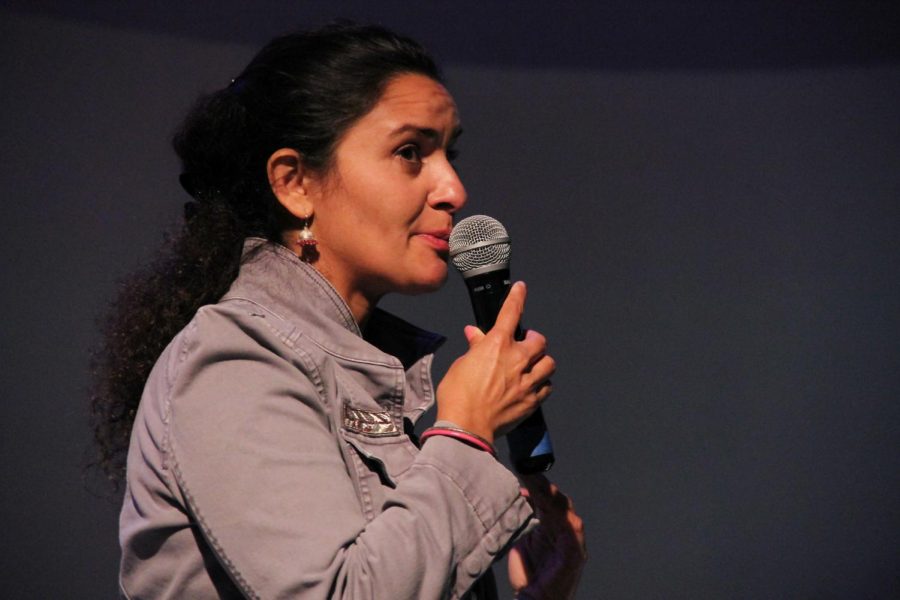 Dr. Anita Sengupta, speaks about her experience working on the Curiosity Rover at the University -Student Union Theater on Thursday, April 11.

Dr. Anita Sengupta is a rocket scientist and aerospace engineer. For over 16 years, she has worked with NASA during the exploration of Mars and space. She also serves as the senior vice president of engineering systems for Virgin Hyperloop, an American transportation technology company.

The event began with a brief introduction from the dean of the College of Engineering, Computer Science and Technology, Dr. Emily Allen.

She mentioned her work with NASA and the parachute development for the Curiosity Rover. She then branched out to another segment about how technology has changed the world.
Dr. Sengupta spoke about the positive advancements in technology such as transportation changing from the creation of the wheel to trains.

With the advancements made in technology, Sengupta discussed the negative aspect of technology, such as poor air quality and traffic congestion. Dr. Sengupta explained that the future of transportation are systems such as the hyperloop or a high speed rail.

Her own company, Airspace Experience Technology, is an attempt to change air travel in hopes of creating an air travel system using green technology to cut down traffic.

For her final topic, Dr. Sengupta talked about the future of life on Mars.

According to Dr. Sengupta, it is feasible to one day live on Mars. However, humans would need to be as eco-friendly as possible. After her seminar, she opened the floor for questions.

Sengupta advised potential future engineers to get as many internships as possible and to always ask professors for advisement.

“Reach out to your professors! Your professors will actually help you answer some of the questions you might have…you’re a young person. When you don’t know something, don’t stand silently, and say ‘uh I don’t know what to do, I’m screwed’, actually ask someone for help.”