EA hosts their conference connecting players to the games they love 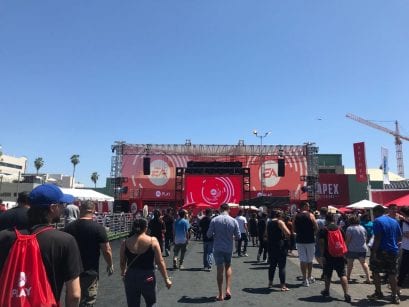 Fans flocked to the main stage at EA Plays to hear from featured developers.

Last weekend, gamers had the opportunity to register for free for an Electronic Arts (EA) video game showcase; EA Plays at the Hollywood Palladium.

Many attended looking for what EA promises to offer gamers in the near future.

Developers from each of the games held 15-20 minute panels revealing new content that will be rolling out by the end of this year. Attendees had the opportunity to ask developers questions, take their photo alongside their favorite characters from the video games and even meet some of their favorite content creators.

Footage of the panels can be viewed on streaming services such as Twitch, Mixer, YouTube or at EA.com.