Kriezel Sets Down the Racket

Cal State LA women’s tennis coach leaves it all on the court after almost 25 seasons. 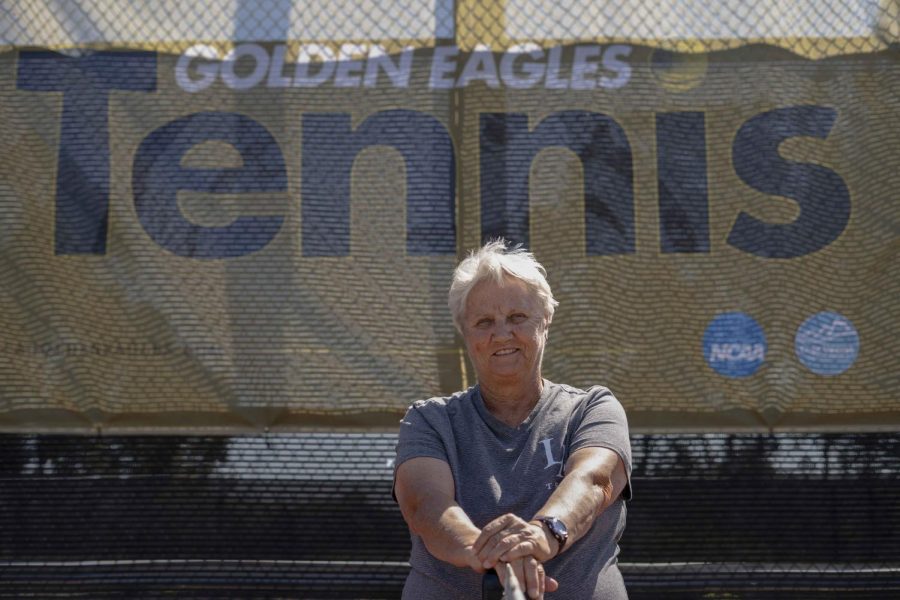 Sandy Kriezel, a coach with the Golden Eagle Tennis organization will be retiring soon after spending 10 years with the team.

Nearly 25 years of coaching, over 200 wins, two hall-of-fame inductions and a lifetime of memories; after the 2018-19 tennis season comes to an end, so will the coaching career of Cal State LA tennis head coach Sandy Kriezel.

To say she will be missed is an understatement for those in the Cal State LA Athletic Department. After nine seasons with the Golden Eagles, Kriezel will miss it herself, but she knows it is her moment to step away.

“Throughout my life, I would know when the time was right to retire and now is the time,” said Kriezel.

The sport first came to Kriezel after she failed a tennis class in high school and later joined the team. Twenty years later, she is enshrined in two hall of fames at her alma maters: Chaffey College and Chico State.

Coaching was never in mind for Kriezel; however, opportunities came up and she took advantage of them.

“I did not graduate college and said I wanted to be a tennis coach. I was thinking more in the box, like I’m going to be a teacher, a P.E. teacher,” said Kriezel. “Opportunities created themselves for me, and that’s what put me where I am today. I feel like the luckiest person in the world.”

Her coaching career began in 1995 as an assistant at Pomona-Pitzer. Afterwards, she would spend the next 15 years as a coach for the Cal Poly Pomona Broncos. She first began as an assistant coach for Dr. Ann Lebedeff from 1996-1998 and was officially named the Broncos’ head coach on Oct. 1, 1998. For the next 12 seasons, Kriezel led both the men’s and women’s tennis programs.

During her time as the Broncos’ head coach, she compiled an overall record of 123-117 and posted a 64-43 conference record. Kriezel joined Cal State LA in 2010-11 after Cal Poly Pomona dropped both of their tennis programs.

Her passion, not just for her team and the game, but for making a difference in others’ lives is unmatched.

“It is not about wins and losses,” Kriezel told the University Times. “It is making a difference in someone else’s life. I am grateful to be part of the journey of all the student athletes that I have spent time with.”

Senior Isabella Lopez has been with the tennis program since 2015 and played under Kriezel for the last four years.

“I will always consider coach Sandy as my mentor and role model in life,” said Lopez.

Despite her coaching career coming to an end, Kriezel not only leaves behind her legacy as the tennis coach, but also the impact she left on her peers and student athletes.