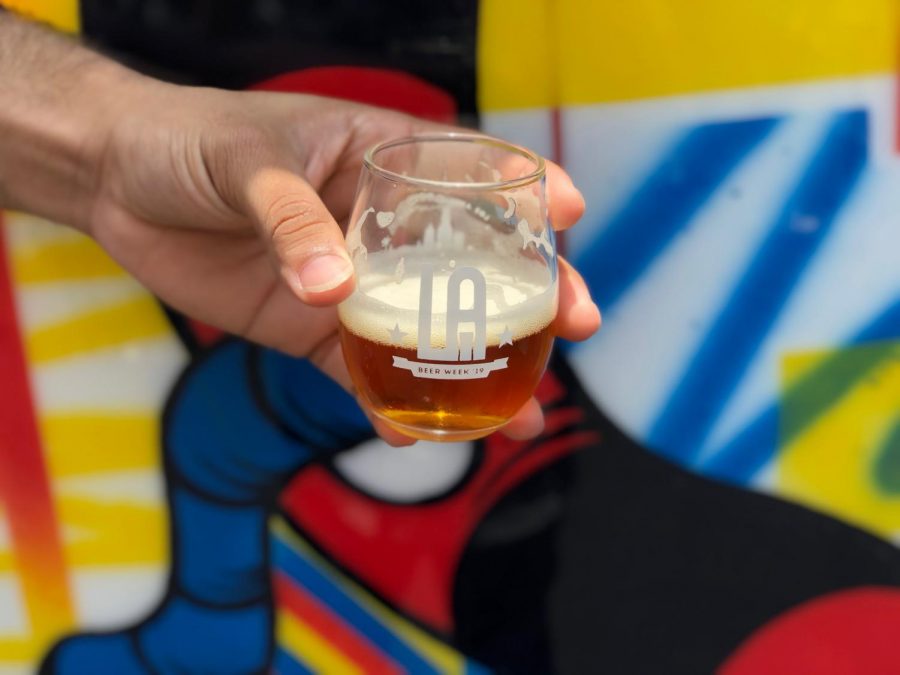 Attendees were given complimentary glass cups to sample beer.

Produced by the Los Angeles County Brewers Guild, the 11th annual L.A. Beer Week is underway with its Kickoff Festival last Saturday that featured over 200 different beers from over 90 different local breweries.

Located at Los Angeles Center Studios, in the heart of Downtown L.A., attendees who purchased general admission and VIP passes were given complimentary glass beer cups to sample any of the brews.

Those who purchased designated driver tickets, the lowest costing ticket, were unable to sample any of the beer, but they were not left in the dust as some breweries came prepared with many non-alcoholic drinks.

Hungry beer enthusiasts were also able to satisfy their cravings as food trucks delivered with some street food favorites such as hot dogs and burgers.

There were plenty of hangout spots such as patios, park benches and a small recreation center with family games.

Following the Kickoff Festival, L.A. Beer Week will run through June 23, featuring a bevy of events, each hosted by a local brewery.

For more information on the events, visit the L.A. Beer Week website for the official events calendar.