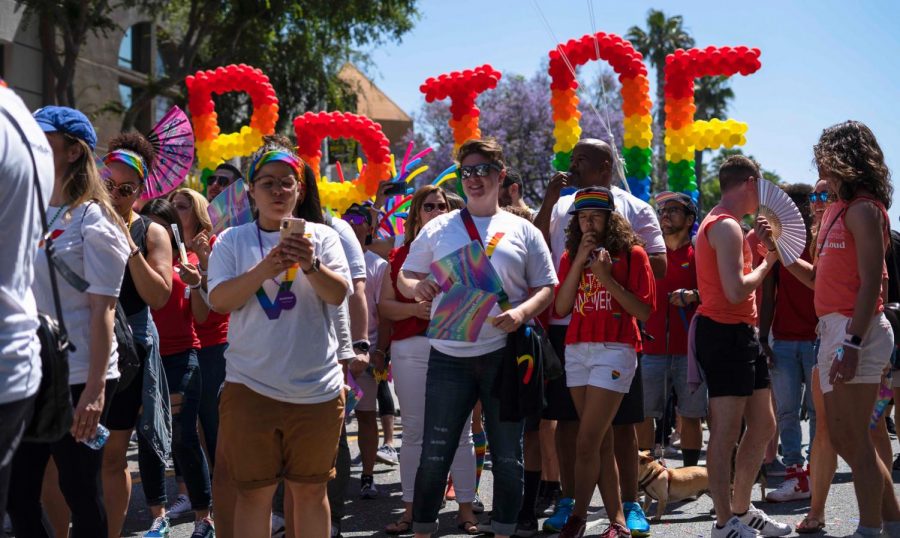 The first to go by in the Pride Parade marched in front of a big ballon Pride sign, which kicked off the parade in West Hollywood this past Sunday.

This past Sunday, businesses, media companies, celebrities and the surrounding communities came together in the city of West Hollywood to celebrate the unification of the LGBTQ+ community. According to the Library of Congress, the month of June is honored as Pride Month due to the Manhattan Stonewall Uprising in 1969. The parade festivities began at 10am and lasted past 1pm in the afternoon. Food, music, and featured performances were available to attendees. This was the first LA Pride Parade that has been televised by ABC7 News.