Los Angeles pushes to protect renters and homeowners during COVID-19 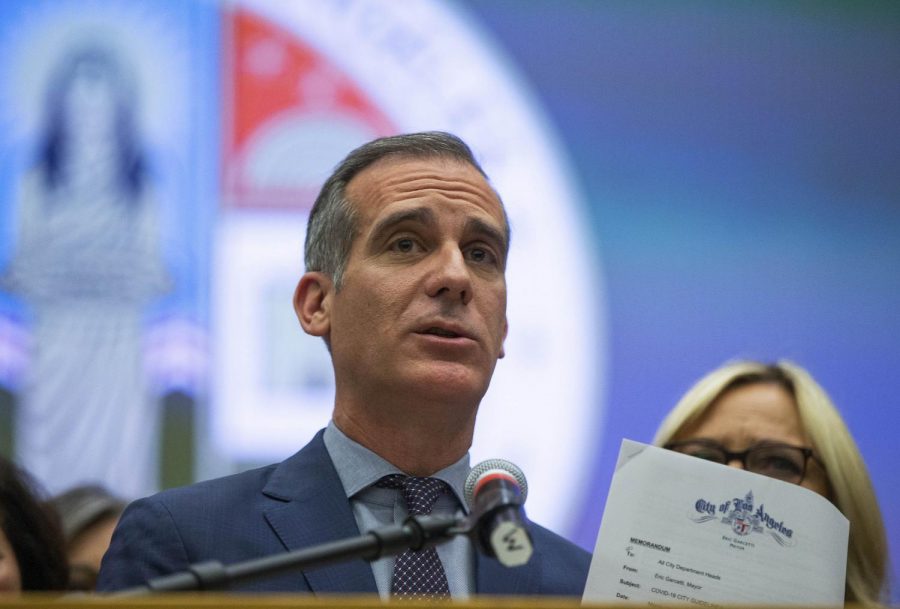 While “several measures” were approved to shield LA residents from evictions and foreclosures, they’ve yet to be made officially law “and may not be soon,” reported the L.A. Times. This is because LA City Council meetings are cancelled for the remainder of March due “to members’ inability to figure out how to [sic] hold a remote meeting,” according to the Council’s president.

Angelenos affected by the coronavirus can expect protections from evictions and foreclosures thanks to an order and plan from the mayor and Los Angeles City Council, respectively.

Those who have the novel coronavirus, are taking care of someone who does, paying for their child’s daycare or losing income/hours at their workplace, will be covered. The city’s housing emergency responses occurred last week.

Miles Finney, a professor of economics at Cal State LA, believes this crisis is not part of some broad business cycle: “What’s happening now is a sharp unexpected change in people’s livelihoods. Many, I assume, are losing their jobs, because of the city’s and county’s edicts to shut bars, gyms, etc. and restrict restaurants.”

Elyssa Arriaga, a restaurant server and Television, Film and Media Studies major, is among those who are out of a job and will not be returning to work until further notice. She has also moved out of her dorm.

“I am now living back at my parents’ house. Three out of five of us who live here are unable to return to work,” she said. “Financially, we are being very cautious with any spending that we do. We are also trying to apply for unemployment, which was recommended by our jobs.”

Her household stopped paying any bills temporarily and is only spending money on groceries: “I think it’s great that LA is pushing towards banning evictions. Hopefully, it will help many people feel like they have one less thing to worry about.”

While some were supportive of the temporary ban, Cal State LA alumna, Judy Le, thinks some landlords will be hit hard financially.

Tenants must pay back rent within six months after the state of emergency expires. In addition, “if eligible tenants don’t pay rent, they won’t be evicted, but their credit could still be dinged and eviction cases can still be filed” during the ban, reported the Times.

Finney hopes the tenants will be in a better position to go back to their jobs once the crisis begins to abate. “They won’t be in the streets [during the ban]. It’s just the policy causing some bottlenecks at the next level. But overall, I think the policy is justifiable, given the crisis.”

As for Arriaga, she said her family is hoping for the best, but expecting the worse.

Richard Tzul, news managing editor of the University Times contributed to the updated version of this article.