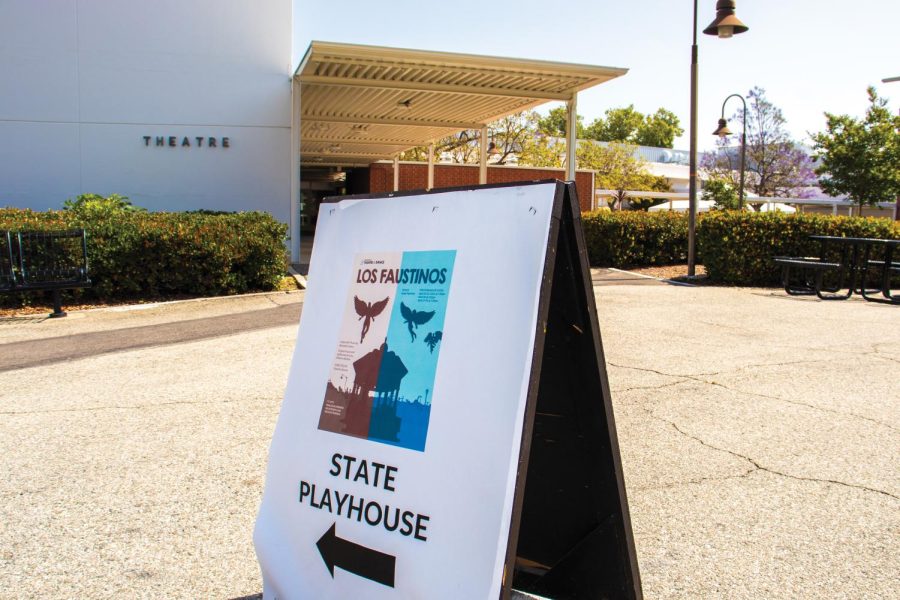 Los Faustinos flyer showing where the play is happening.

Cal State LA’s production of Los Faustinos opened on April 21 and ran through the 30. It was directed by Roberto Alcaraz, a theater professor at Cal State LA.

The musical comedy-drama told the story of the Faustinos, a family living in East Los Angeles trying as hard as they can to achieve the American Dream.

Meanwhile, a demon called Mephistopheles strikes a bargain with the Lord. “Mephisto” claims he can win the souls of the Faustino family by leading them down the wrong path. If Mephisto succeeds, the Lord must welcome Mephisto back into heaven.

“It was amazing working on this musical, and everyone did their best to make the best of it,” said Kyle Fong, a third-year student actor. “I had a little bit of a hard time getting dance numbers, but I got the hang of it eventually.”

Fong plays one of the demons sent to tempt the family, as well as four other mini-roles within the play.

“It was exciting,” said Daemaurion Hann, a first-year theater student. “It was all so new to me, so it just made it more special, a core memory, and it also kind of helped me expand my skill set within the theater industry.”

“What I was most excited about was being on stage in the theatre with my fellow castmates and giving the audience someone magical by showing them our stories,” Chin said. “Working on the play, it was an experience of a lifetime. Being a person who had only been in the United States for three and a half years, this was my first time being in a musical as a cast member in the theatre department. So, the best part about working on this play was the experience and the knowledge I got out from the process of making the play.”