No fans in the stands 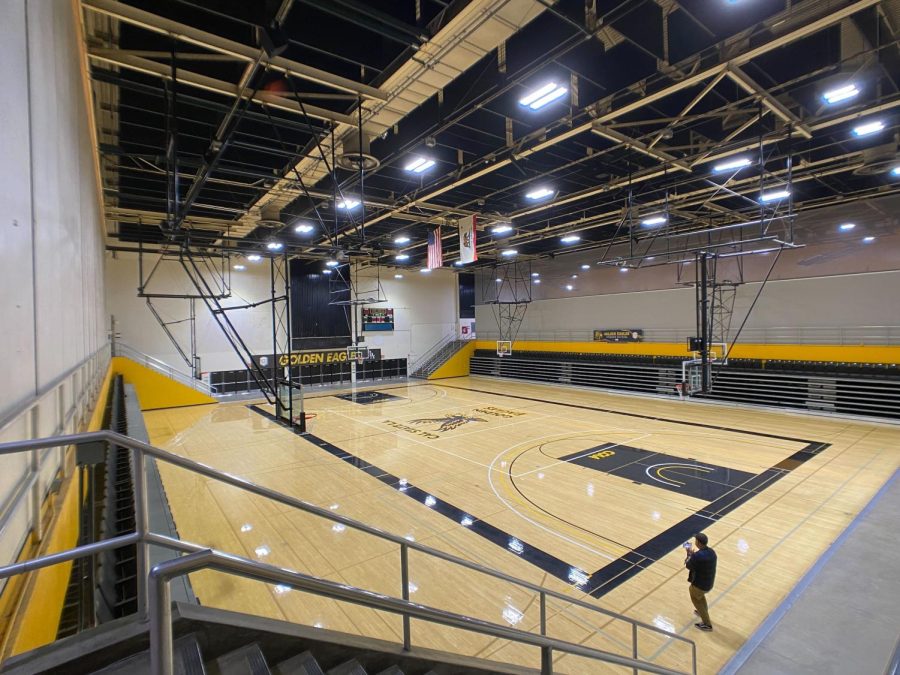 The Cal State LA gym will feel empty starting the spring semester off with no spectators allowed.

College sports games are a beloved tradition at most American universities. Stadiums packed with cheering crowds and lots of school spirit are a quintessential part of the gameday experience for both athletes and fans alike.

So what happens when the stands are empty?

That’s how it will be for the start of spring athletic season at Cal State LA.

The decision was met with disappointment from many students, including second-year basketball player Dominic Escobar.

“Playing in a dead gym is not cool,” said Escobar. “We build off of the crowd’s energy to build our momentum and everything, so it’s going to be hard this semester. This doesn’t make me feel safer when I am playing. We still play on the same court without masks or anything, you know?”

Other athletes, like first-year track runner Jeremiah Curl, think that there are more effective ways to stop the spread.

“I find it disappointing,” said Curl. “We will be outside, which makes it harder for the virus to spread. I think that requiring spectators to show proof of vaccination would have been better.”

Many student fans were sad to hear about the Cal State LA Athletics Department’s decision, but they feel that the university made the right choice given the current circumstances.

“Basketball games are my heart,” said freshman Jason Angulo, who is an avid basketball fan. “It sucks that people won’t be able to go anymore, but I think that the school made the right call due to the rise in cases. I had COVID in November, and it was not a fun experience.”

Fourth-year basketball player Melena Bland is not a fan of this change of setting, but playing basketball is more important to her.

“It’s fun to play in front of people, and it adds another level of excitement to the game,” she said. “I had a sudden end to my basketball season in 2020 and it was devastating, so if no fans means the season continues, then I’m on board. It definitely sucks not being able to have fans right now, but I do hope that if cases decline as the season continues, spectators will be allowed again.”

While the decision to not allow fans at sporting events is disappointing to many people, it is most important that everyone stays safe during these unpredictable times.

“I’m sure the university believes they are doing what is right to keep our student athletes and staff safe,” said Vince Beringhele, the head coach of the baseball team. “There are many layers to this pandemic. I believe they will revisit their policies regularly. It is certainly a fluid situation.”

The COVID-19 pandemic changed many things about the typical college athlete’s experience, but Coach Beringhele still has hope for his team members.

“We will make adjustments because we have to,” he said. “It is just that simple. Our team has been resilient, and they continue to work hard at trying to catch up on all the lost time.”