Northeastside residents want their children on the same ‘playing field’ 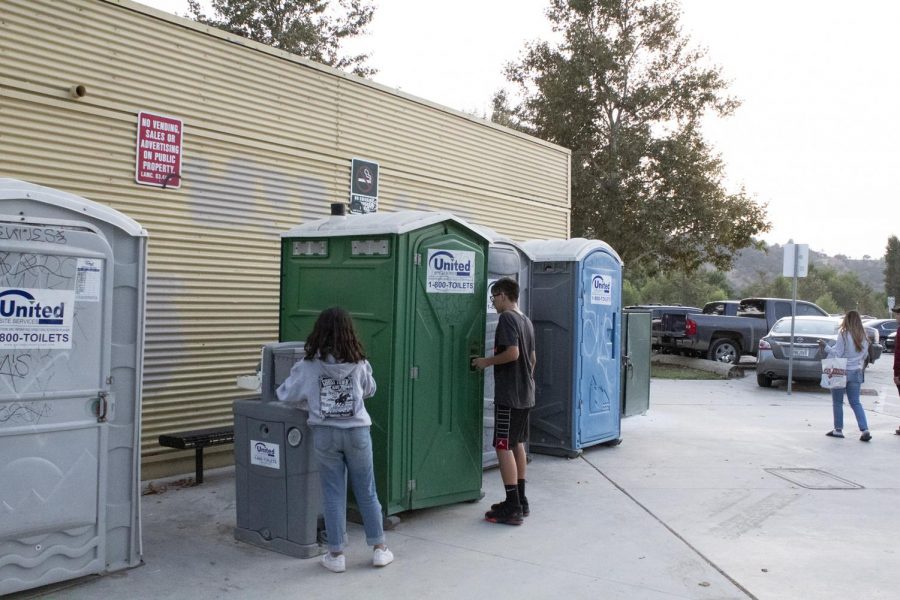 Portable restrooms have been used in recent years.

For children who grow up in working poor communities, one of the best escapes from the sometimes brittle nature of their lives is to play at the park. To get fresh air and just be a child. To join a sports league and learn to work as a team.

That has become harder to do in recent years at Rio de Los Angeles State Park near Cypress Park, according to some neighborhood activists.

“Rio requires a lot of assistance. The fields are in atrocious conditions, our kids are playing sports in…dirt fields. There are no operating restrooms, only port-a-potties,” Tony Marcelli, president of the LA Soccer Club, said, adding that the water from the nearby fountain trickles out, making it undrinkable. “The south entrance to the park has remained unpaved for sometime; gravel and dirt fills the air.”

Grass is typically preferable for young athletes because it provides more cushion for falls and works better for cleats.

Rose Watson, the public information director of the city of Los Angeles’ Department of Recreation and Parks, said in an email that she doesn’t know of conflicts regarding the project. But, in a brief phone call, she said the request for improvements will be considered later this year.

The group’s “petition was submitted but it’s going through the process and will not be reviewed until December,” she said.

The conditions described were the driving force behind the 2018 formation of Northeast Los Angeles Fields Alliance (NELAFA) group.

The growth in past years of both the Anahuak Youth Sports Association and the Greater Northeast Los Angeles Bears Youth Football and Cheer (GNELA) — which serve thousands of children combined — fueled the need for additional playing fields for the kids, especially since Rio De Los Angeles park is where most of their activities take place.

Only one of the park’s fields is made of astroturf. “One field Is not enough. We have soccer, football, and cheer going on at the same time,” Marcelli said.

The NELAFA has asked to add two large astroturf fields and a smaller one for the younger groups. The cost of the renovation is estimated at $6 million, according to NELAFA.

Marcelli, along with Raul Macias, founder and president of Anahuak, and Mari Torres, president of GNELA, are the leaders of NELAFA.

The deteriorating conditions of the park have resulted in declining in enrollment, in particular within the Anahuak soccer academy, according to the group. The decline is also due to higher costs over the years to rent the fields — taking the hourly fee from $8 to $65 per hour — and to hire referees, according to Macias. Those costs often get passed to parents, many of whom are low-income, he added.

“Our communities are lower working class. They can’t afford to pay these fees weekly, at least not for the conditions we are playing in. The fees are constantly going up and no improvements are visible.These conditions remind us of the quality we expect from fields [in developing countries]; our kids deserve better,” said Macias. “The amazing thing with our children is regardless of the condition of the fields and the cost, the kids would rather be playing than roaming the streets getting into trouble.”

The lack of youth enrollment in extracurricular activities such as sports has a negative impact on their social, academic, and health development according to the U.S. Office of Disease Prevention.

“Students who play sports are less likely to use drugs and more likely to disapprove of others using them,” according to ODPHP’s website. “Various data show student-athletes have a higher grade point average, higher standardized testing scores, lower dropout rates and better chances of going to college.”

Of the $4 billion in bond funds for the financing of water and parks, proposition 68 earmarked $725 million to be used in the improvement to state and local parks, according to the California Department of Parks and Recreation.

NELAFA is hoping some of this money will go to Rio de Los Angeles and parks like it.

Marcelli said despite the obstacles they face, he feels hopeful: “We want to be on the same playing field as our neighboring affluent areas to thrive on equal opportunities.”