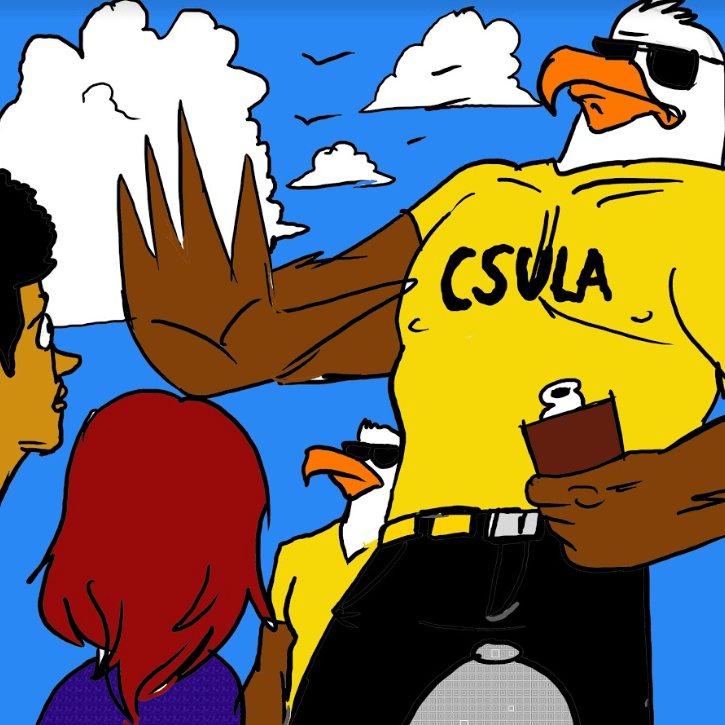 In recent years, Cal State LA’s enrollment numbers have increased by 25 percent according to University President William A. Covino.

There are currently 22,649 full-time students according to the Office of the Provost & Vice President for Academic Affairs, yet there is only enough funding for 18,005 full-time equivalent students (FTES). Cal State LA would need approximately $30 million to meet the current needs of each of the 28,000 headcount students.

However, according to notoimpaction.com, a website created by a group of Cal State LA students, faculty and staff who oppose impaction, “Teaching is the university’s primary mission, but only about one-third of Cal State LA’s total budget is spent on instruction.” The group argues that campus administrators need to change their spending priorities to make up for the deficit.

Under the admissions proposal, priority will be given to local, transfer and military students who meet the minimum Major Specific Criteria under CSU rules.

Yet, individuals in the notoimpaction.com group disagree. They feel that there is plenty of money to prevent impaction.

“There is funding for bloated management, as the number of administrators at Cal State LA (many who earn six-figure salaries) has grown rapidly,” read their statement.

This plan is intended to affect approximately 600 students from being admitted to Cal State LA in 2020 according to the Provost’s office.

In his message to the university community on Monday, Feb. 18, President Covino addressed the reality of the university’s enrollment issues. According to Covino, “We’re also constructing new student housing, and we’ve expanded our food options with food trucks, food carts, and Everytable. Even so, we’ve now reached a critical point.”

Yet, some in the university community have other solutions in mind.

“Cutting students should not be the first move to fix Cal State LA’s financial problems. Let’s first cut the salaries and number of top administrators, set a moratorium on dorm construction and off-campus real estate deals, and invest more responsibly and generously in instruction,” read a statement from notoimpaction.com.

“My biggest concern is that administrators are trying to make this an elite university,” said Golden Eagle Justice founder Danielle Mayen.

Mayen is an ambassador for admissions and recruitment and wants to make sure student voices are heard. She and her supporters believe the admissions plan benefits the administration rather than the students.

“We want a year to seek other alternatives, to be included in the conversation and find a way to avoid impaction,” she said. “Administrators need to invest in us and quality education, just like they invest in themselves.”

Cal State LA has created a pathway program by partnering with East Los Angeles College and Pasadena City College to ensure that students are on track for an eventual transfer to Cal State LA.

Regardless, in a recent statement, Lynn Mahoney, Provost and Vice President for Academic Affairs said, “This plan will not change our demographics. It does not change who we are, it’s just a temporary procedure due to funding, once our funding increases, so will our students.”

In 2018, the university received 61,184 new admission applications. The campus believes
by controlling enrollment, Cal State LA students will have a greater opportunity for academic success and in time, bring in more students and funding.

Twenty-two majors on campus have already been following this plan, dating back to 2010. These students are considered pre-majors: students who are accepted into the university but not enrolled in their desired major.

Golden Eagle Justice will also be holding a rally on campus this Wednesday, Feb. 20 at 1 p.m. in front of the Golden Eagle statue to raise awareness on impaction from the students’ perspective.

Cal State LA will be holding three public hearings this week. The proposal will be presented in full and all questions and concerns from the community will be addressed.