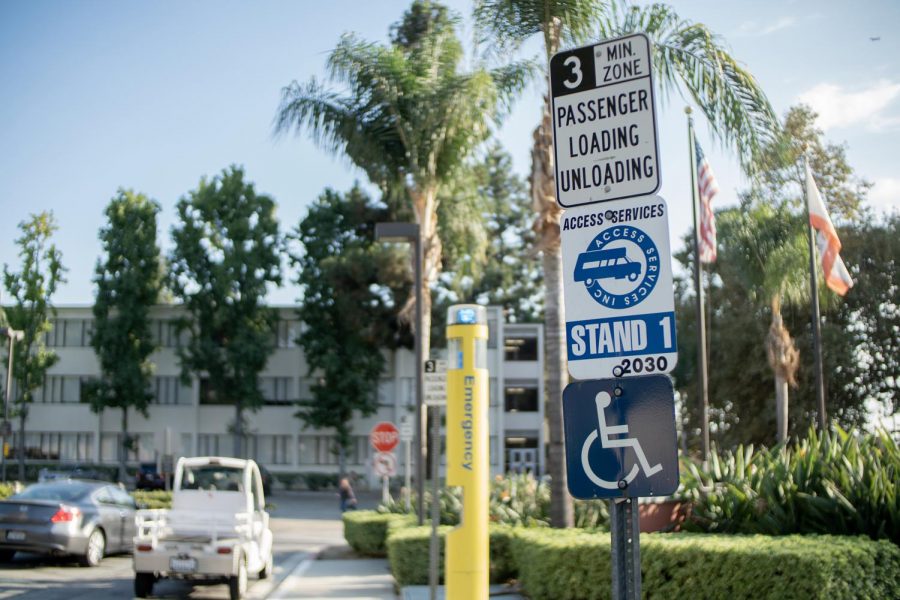 The UT reached out to Office for Students with Disabilities (OSD) and Informative Technology Services (ITS) but heard back from Cal State LA spokesman Robert Lopez.

Lopez said “ADA compliance is a top priority” for the school. Lopez added that ITS staff and senior administrators are working with Payan to discuss ADA issues on campus.

Payan transferred from LACC where he sued the school for allegedly not abiding by the ADA. According to court documents obtained by the UT, he won a suit in July that alleged, in part, a website used by LACC was inaccessible.

The university has made some strides to improve the experiences for many disabled students, but Payan said found recurring issues for those who are blind. Payan’s said his experience with “Think About It,” a sexual harassment and violence exam, was difficult because a screen reader program he used called Job Access with Speech (JAWS) could not read the selections. Payan said he was told he can come in and work with an employee to do the test one question at a time.

“What took the average student an hour-and-a-half to two hours, took me 18 hours,” Payan alleged.

According to Payan, assignments from his classes that were PDF’s could not be read by JAWS. He added images and videos were also incompatible with the program. Payan said he was redirected to the OSD multiple times.

Adding classes for Spring 2019 also became a pain for him as he said he could not access the school’s course catalog. Payan said he went to academic advisors and OSD before going to ITS. He said he tested one of the computers with an employee there who got it working easily with a computer mouse.

Payan recalled telling the employee that he does not use a mouse because he cannot see the cursor on screen.

“Just [because] you put that little logo that says you’re ADA compliant doesn’t mean you are,” said Payan when discussing the school’s student portal Golden Eagle Territory (GET) .

While he said he does not want to have to sue Cal State LA, Payan wants the campus to abide by the ADA protections set in 1990.

Outside of the website, Payan said he has experienced issues of ADA compliance with the concrete benches that sit around the north-wing of the library and missing bathroom signs on the second floor of the south-wing.