Did someone say ‘rent control’? A guide to Prop. 21 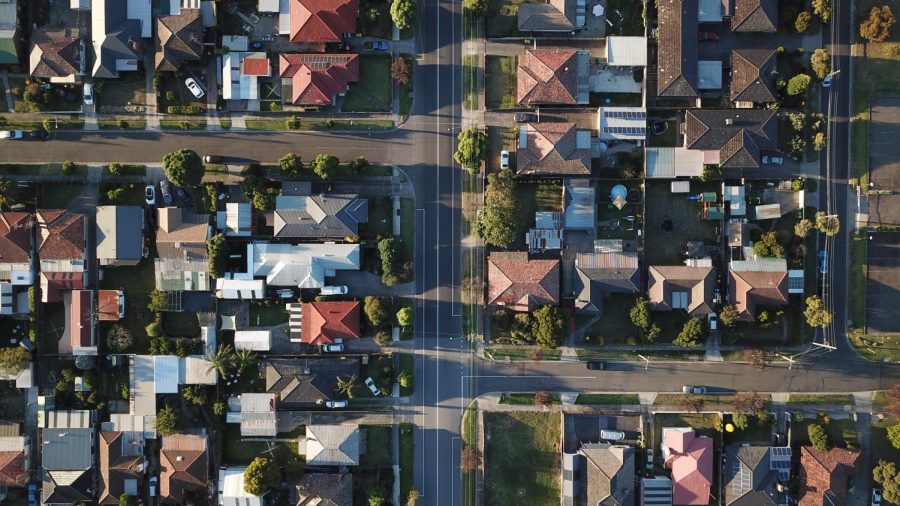 Caption: A neighborhood in Melbourne, Australia pictured from above before the sunset. Tom Rumble/Unsplash

With a more scaled-back approach this time around, proponents of 2018’s defeated Prop. 10 are trying their hand again at rent control expansion.

Proposition 21 would not only amend the 1995 Costa-Hawkins Act, which had previously limited rent control, but also allow local governments to enact rent control on housing first occupied over 15 years ago. There is an exception for landlords who own no more than two homes with “distinct titles or subdivided interests.”

While not a total repeal of the Costa-Hawkins Act (like Prop 10 two years ago), Prop. 21 limits the rent increase of a rent-controlled unit at 15% over the course of three years at the beginning of a new tenancy.

Prop. 21 could result in “a potential reduction in state and local revenues in the high tens of millions of dollars per year over time,” according to the California Secretary of State’s website. The amount of the losses depend on how many local governments ultimately expand rent control in their communities.

This is a key concern of opponents because the state is in dire need of funds to support health care issues during the pandemic, education, services for the unemployed and to fight fires. Opponents also worry that the measure would discourage private builders from creating much-needed affordable housing in the state.

“It doesn’t make any sense, as private sector builders have no interest in providing affordable housing,” Dressendorfer, who lives in Long Beach, said in a Facebook conversation. “They only provide the bare minimum of low-income accommodations necessary and are only building in areas they think will be most lucrative, which continues the cycle of raising surrounding rent and pushing financially vulnerable people out of the area.”

Dressendorfer and other supporters of the measure say it would slow skyrocketing rent prices.

“Renters in California typically pay 50% more for housing than renters in other states. In some parts of the state, rent costs are more than double the national average,” according to the Legislative Analyst’s Office website. The median rent in the city of Los Angeles reported in 2016 was $1,241, a 15% increase from 2010 — and 60% of these renters reported spending at least a third of their income on rent alone, according to an interactive data project by the Joint Center for Housing Studies of Harvard University.

Madison Kelleher, a Cal State Long Beach student, said she supports Prop. 21 as her family had to struggle to pay rent when she was younger: “My mom, for example, she’s a nurse. She was working really hard to get her RN and also become a phlebotomist. She had two kids, raising them on her own and we had to live in a bedroom in someone else’s apartment so that she could make it because we could not afford [an apartment] on our own.”

Kelleher said she played on the water polo team but couldn’t afford the swimsuit and other gear so she sold cupcakes on Second Street.

But opposition to the measure is fierce and comes from many landlords, developers, business leaders and even California Gov. Gavin Newsom.

“Proposition 21, like Proposition 10 before it, runs the all-too-real risk of discouraging availability of affordable housing in our state,” Newsom said in a statement.

“It will hurt renters by discouraging private-sector builders from bringing more affordable housing units to market. The solution to lowering rental prices won’t come from more government mandates and rules, but instead from reasonable changes to strict zoning laws, high building costs, and lengthy permitting processes,” Thomas Aiello, a policy and government affairs manager for the National Taxpayers Union, according to a summary of the arguments on Ballotpedia.

Opponents also maintain that rentals would take a dive in value because of the higher costs of business and that the economic downsides of this measure are far too great, in terms of lost tax revenue and development opportunities.

Opponents include many landlords and California investors who worry about vacancies for smaller landlords.

“Yes a landlord has to follow the law, but it doesn’t mean they have to play ball,” said Granada Hills real estate broker and agent Rick Albert, adding that he’s worried the measure would mainly hurt smaller-scale landlords. “I want to keep good tenants; I don’t want to raise rent on them…The big landlords will absorb people, their vacancy will drop… It’ll help a select few.”

Long Beach resident Isabella Shannon said she does not believe in rent control: “I think if the city is too pricey, move inland. It costs a lot to be a property owner and it should be up to them to determine what they want to charge, if we don’t like the price or can’t afford it, there’s probably someone else who can.”