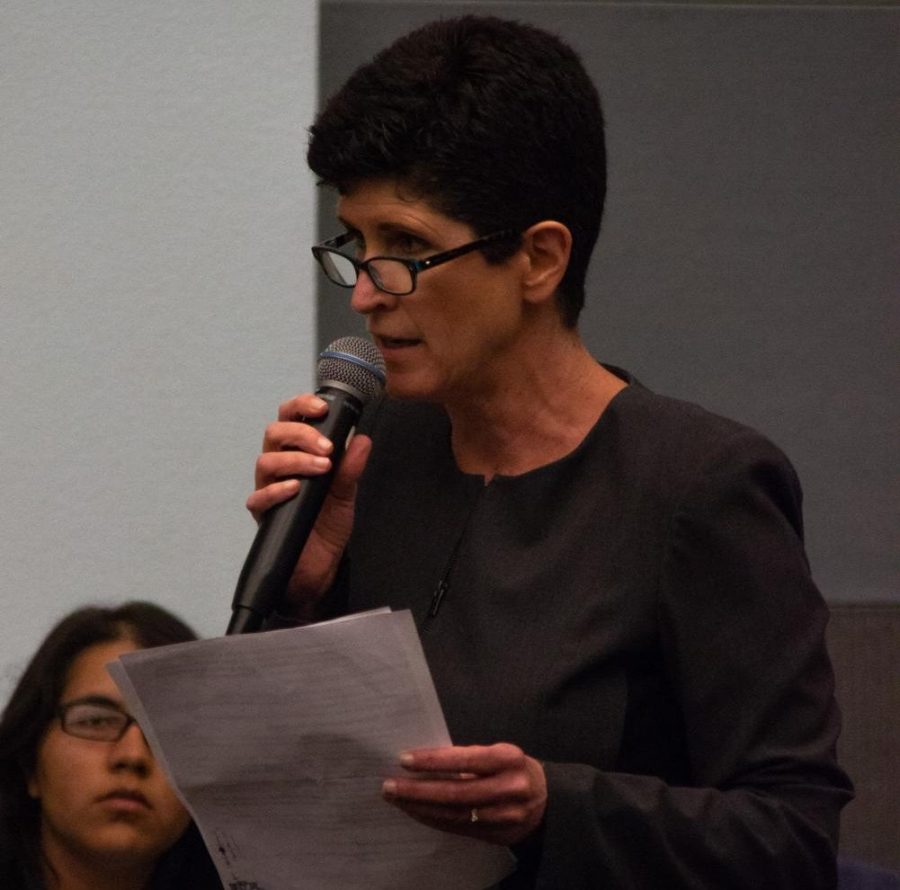 In the midst of commencement week, a press release issued on Wednesday by President William A. Covino announced the departure of Provost and Vice President of Academic Affairs, Dr. Lynn Mahoney who accepted the position of President at San Francisco State University (SF State).

During the 2019 Spring semester, Cal State LA announced the Administration Proposal Plan, otherwise known as the Impaction Plan, to lessen the amount of students admitted into Cal State LA. According to the Office of the Provost and Vice President for Academic Affairs, the proposal was implemented due to the fact that “there has not been a commensurate increase in State funding for enrollment growth.“

The coalition of student organizations collaborated with the Associated Students, Incorporated (ASI) to create the Resolution of No Confidence in President Covino and Key Administrators of California State University, Los Angeles, after the proposal was given the green light. The key administrators mentioned in the title included Dr. Mahoney and Enders.

According to the resolution, Governor Newsom allocated “$300 million in permanent funding and $247 as one-time funding to address the backlog of maintenance and expand childcare centers,” to the CSU system. The resolution goes on to explain that though there is a budget specified for maintenance, “various buildings, specifically King Hall, have outdated classrooms, crumbling ceilings, unusable seats and are overall inadequate learning spaces for students.”

The resolution claims that with the approval of the Impaction Plan, “the proposal created by President Covino, Provost Mahoney, and Vice Provost Tom Enders… severely harm[s] the traditionally marginalized communities the University once set out to elevate.”

After the resolution past with a majority vote within ASI, the resolution went on as a discussion item during the Academic Senate meeting. The vote took place on May 7 which resulted in a 21-21 split vote. The Academic Senate Chair, Veena Prabhu, broke the tie by voting against the resolution. The coalition’s unsuccessful attempt to rid Covino, Dr. Mahoney and Enders’ of their positions ultimately caused upset and protest outside of the the Administrative Building causing it to be shut down for the remainder of the day.

Dr. Mahoney explains in the California State University press release that she, “look[s] forward to working with faculty, staff, students, community members and campus administrators to ensure a welcome and inclusive environment for our students as is befitting of one of the most socially conscious cities in the country.”

President Covino announced in a university – wide email on Thursday that Executive Vice President and Chief Operating Officer Jose A. Gomez will be temporarily replacing the Mahoney as she transitions onto her new position at SF State. Dr. Mahoney will be taking her seat as SF State’s President starting July 2019.