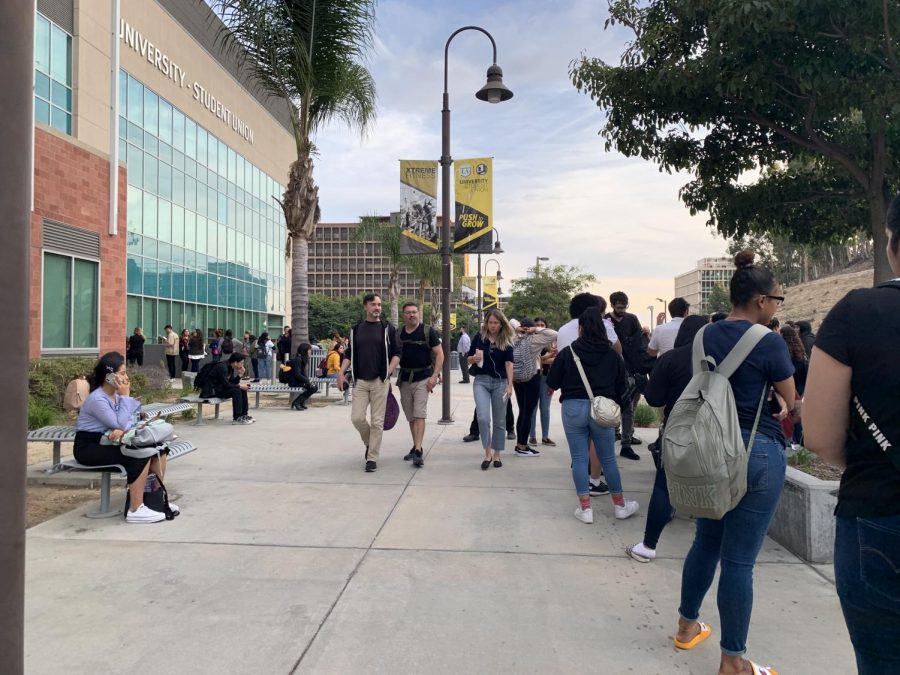 Students lined up to attend the Race, Gender, and Power Along the U.S.- Mexico Border.

Migrant detention centers near the U.S.-Mexico border are harsh as it is.

They can be even tougher for folks of indigenous or African ancestry.

The racism these groups face often starts well before their journey to America: It is sometimes the reason why they’re fleeing Mexico in the first place.

Rosemary Hernandez, who lives in East Los Angeles, said there have been times that friends and other people she knows use racial slurs.

“I have friends who use the words, ‘mayate’ or ‘negro’ or make fun of Black people,” she said. What some of them may not have realized is that she took it personally because, “I consider myself Afro.”

Her father is from Costa Chica of Oaxaca, a region where many Afro-Mexicans reside, and that posed a big problem for her parents early in their relationship.

“My mom was not allowed to marry my dad because of his skin color, even though they are both Mexican…She is light skinned,” said Hernandez. “She wasn’t allowed to even talk to my dad. Eventually, she ran away with my dad and they got married.”

Community members, Cal State LA students and others gathered recently to air those issues and more at “Race, Gender & Power Along the U.S.–Mexico Border,” an event presented by the American Communities Program.

Gyamfi described issues African migrants face, such as political and economic problems in their countries of residence, as well as the long journey ahead of them, starting in Central or South America, as they head north, hoping to reach the United States.

One issue is that the Mexican government has not allowed many Afro-migrants to leave Tapachula, which is located in the state of Chiapas, Mexico, according to a video Gyamfi played.

“In those images are African migrants who are in Tapachula right now… [they have] been held there by Mexican [officials], along with migrants from the Caribbean. Especially, Haiti and migrants from Central America,” said Gyamfi.

Gyamfi explained that the migrants from Central America that she describes are really “indigenous people that have been run off of the land.”

She then added that language barriers have also been a problem for migrants. Many can’t communicate with government officials when detained.

“We are talking about people who don’t speak Spanish. Imagine yourself having crossed as these African migrants have, across an ocean because of political persecution,” said Gyamfi.

She added that certain groups in Mexico “are very racist” toward people they consider outsiders but those “outsiders” have probably been in the country longer than them. For instance, a common saying, “No seas indio,” means “Don’t be indigenous.”

Hernandez, who is a Cal State LA alumna, said she has seen racism from people close to her about her family: “There [have] been situations where we are called ‘negros’ and people who are supposed to be friends don’t want my family to come around due to the fact that we look black.”

Ironically, some of these folks have experienced racism themselves because they, too, are people of color.

This story was originally published in the Oct. 29, 2019 print edition of the University Times.