Shake, Rattle; There’s An App For That 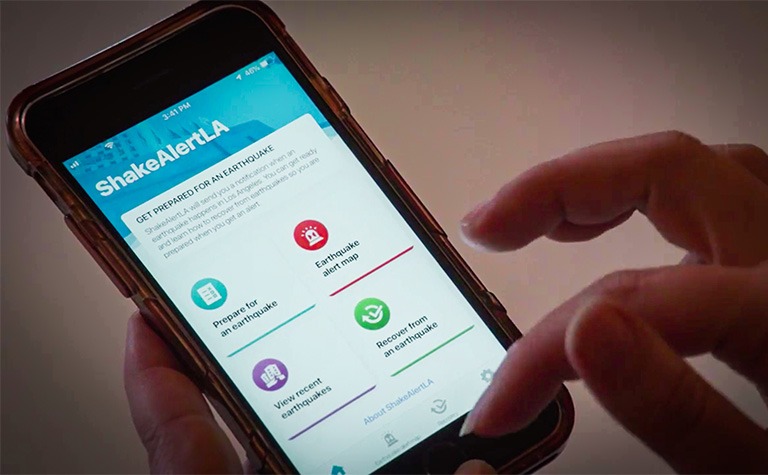 On Dec. 31, 2018, Mayor Eric Garcetti–in collaboration with the United States Geological Survey, AT&T and The Annenberg Foundation–released the ShakeAlertLA app for Apple and Android Phones. The app is an early warning system that alerts Los Angeles residents of an incoming earthquake–providing a few additional seconds to prepare. Specifically, the app registers an earthquake above an 5.0 on the Richter scale.

“Angelenos should have every chance to protect themselves and their families when there’s a major earthquake,” said Mayor Garcetti. “We created the ShakeAlertLA app because getting a few seconds heads-up can make a big difference if you need to pull to the side of the road, get out of an elevator, or drop, cover and hold on.”

So, what does this mean for city of Los Angeles and the faculty and staff of Cal State LA?

“If it works as proposed, it may help save lives, minutes or seconds to brace for any disaster can only help,” said Cal State LA Campus Police Chief, Richard Wall.

Cal State LA Professor Hasson Baroon said, “The new app could be a lifesaver. It’s going to let you know when there’s an earthquake happening in LA county; you could get a heads-up a few seconds before you feel the shaking.”

With hundreds of faults–both known and blind–all having the ability to register a 9.5 earthquake, safety appears to be a priority at the University.

“Cal State LA is constantly working to ensure the safety of our students, faculty, and staff. This has included retrofitting buildings and ensuring that all new construction meets current earthquake standards,” said Chief Wall.

Cal State LA has an Emergency Preparedness program which provides the University community with various links to be better prepared for earthquakes and other potential disasters. The University also hosts regular CERT (Community Emergency Response Team) training to better prepare volunteers, students, faculty and staff for a disaster.

Early reviews on the app have been mixed, with many of the reviews remaining skeptical. The last major earthquake to hit Los Angeles occurred on Jan. 17, 1994, which had a magnitude of 6.7. With the uncertainty of the next “big one” looming above Southern California, the ShakeAlertLA app can potentially save many lives.