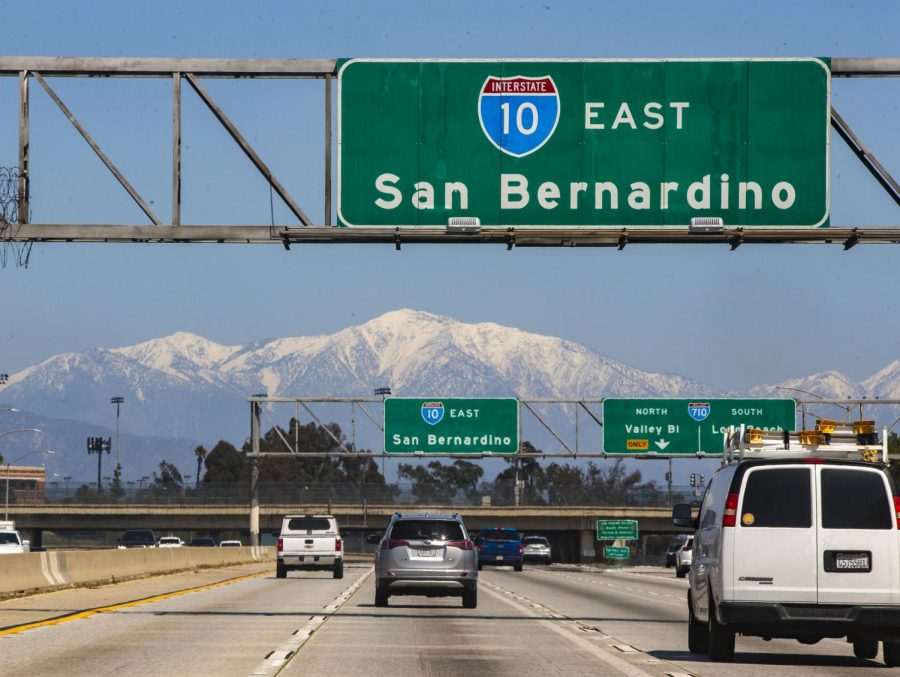 The San Gabriel Mountains shown clearly in the background on the 10 freeway near Cal State LA.

In the midst of a pandemic, the environment is the only thing that has gotten healthier. A brown layer of smog normally sits above Los Angeles, but since the “stay at home” order was placed, it has noticeably begun to dissipate. With a culmination of windy, rainy days these past two months and people staying in their homes, Los Angeles has seen some better days of overall air quality.

That’s according to IQAir, a website that monitors the air qualities of cities around the world. It reports that Los Angeles is ranked 61 on the list of cities with poor air quality, with an Air Quality Index (AQI) of 37 as of Wednesday.

A city’s air quality is considered “good” when the Air Quality Index is anywhere under 50. An AQI measurement “tells you how clean or polluted your air is,” according to Air Now, a website which allows individuals to check the air quality in any U.S. city.

The approximately 3 million cars that normally drive the streets of Los Angeles are the biggest contribution to its pollution, according to Stephen LaDochy, a professor of Geosciences and Environment at Cal State LA. “Since cars are the main source of emissions, the coronavirus and staying home reduces pollutants,” he said.

According to LaDochy, typically, winter time is when we see the clearest days. He said the clear blue skies Angelenos have been seeing lately could be due to the rain and high winds Los Angeles is receiving.

“The rain washes out the pollutants, the winds are generally stronger and more varied, and most importantly, sunshine is not as strong,” added LaDochy. “The hotter the day, the higher the smog levels, especially if winds are weak.”

Angelenos may be breathing cleaner air but their lungs are still in the crossfire of a potentially deadly respiratory disease.