The University Times takes on Minneapolis 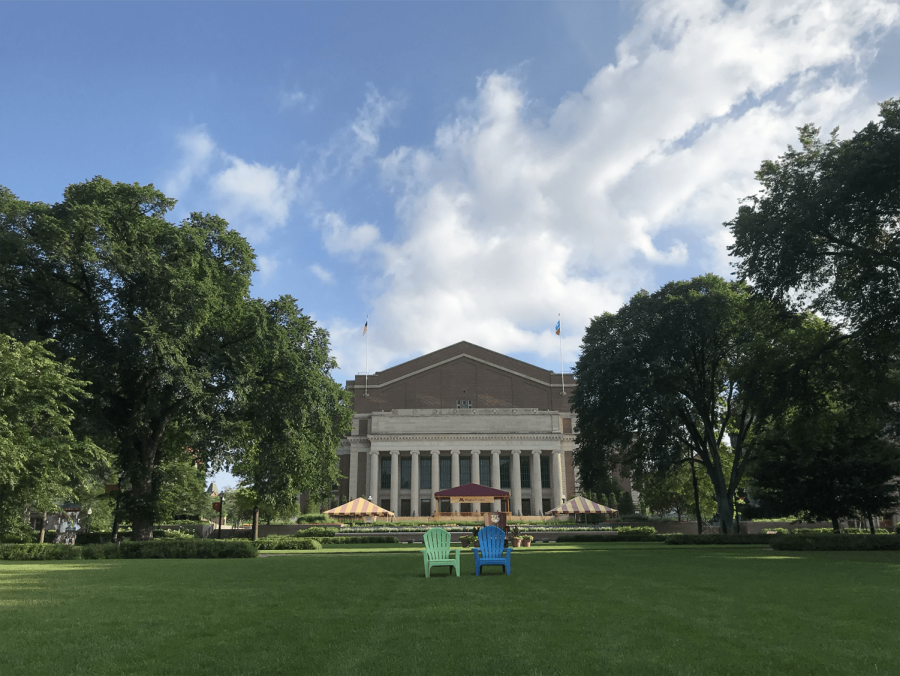 Northrop, a performing arts center, at the University of Minnesota

Heavy, humid air hovered over the University of Minnesota (U of M) as students filtered into Smith Hall, where the College Media Mega Workshop would commence. The workshop was hosted by the Associated Collegiate Press, College Media Association, College Media Business and Advertising Managers and College Broadcasters Incorporated. Together, they created an event that allowed students to better their area of expertise within their own newspapers, magazines, yearbooks and digital publications.

The workshop, which began on Thursday, July 11 and ended on Sunday, July 14,  offered tracks for Design/Redesign, Digital Journalism, Organizational Leadership, Radio Management and more. These tracks were led by advisors from other university publications who volunteered their time to work with students and develop their skills.

Photo Editor, Brian Delgado, attended the Visual Storytelling track which allowed him to review his aperture and shutter speed skills by practicing the art of photo essays within the city of Dinkytown. For his photo essay exercise, Delgado profiled small business owner, Kiet Phan, who manages a Thai restaurant called the Camdi Restaurant.

Brennan Hernandez, Webmaster and Production Manager of the UT, attended the Design/Redesign track where he worked on experimental designs for the UT’s print edition. Hernandez placed QR codes within the UT print design that will allow readers to connect with the UT, utilizing augmented reality.

Adrian Bennett de Avila, the UT’s Sports Editor and Golden Eagle Radio’s (GER) Station Manager, attended the Radio Management track where he reviewed best practices when it comes to managing a student-run radio station. The group of students visited Radio K’s station on the UM campus where they toured the station and spoke with the Radio K staff.

Joshua Letona, the UT’s Copy Editor,  attended a track based on storytelling and reporting. Letona wrote a profile on a piano player who casually plays the piano in public on the campus. The workshop gave Letona the ability to review key elements of storytelling which he plans to apply to his articles published by the UT.

Marisa Vasquez, the Editor-in-Chief of the UT, and Isaac Gutierez, Managing Editor of the UT, both attended the Organizational Leadership track where they discussed issues that pertain to fellow newsroom leaders and how to solve them. In addition, the workshop sparked ideas that could be applied to their newsroom’s upcoming fall semester.

Advisors who attended the workshop and participated in the Adviser track were awarded the CMA official Advisor Certificate which was given to the UT’s advisor, Professor Julie Patel-Liss, and the UT business manager, Albert Ramirez.

The CMMW posed as an opportunity to network with colleges and publications during and after regular workshop hours. The UT staff made connections with their neighboring sister schools, such as CSU Long Beach and Fullerton, as well as students from Missouri Western State University and many more.

Cal State Fullerton’s Editor-in-Chief, Jordan Mendoza, told the UT that his “favorite part was definitely meeting everyone from around the country.” He went on to explain that the critique sessions with advisors was most helpful.

The CMMW weekend helped connect students from across the country while allowing them to hone into their skills as students leaders and media makers.