Time for the Stairs 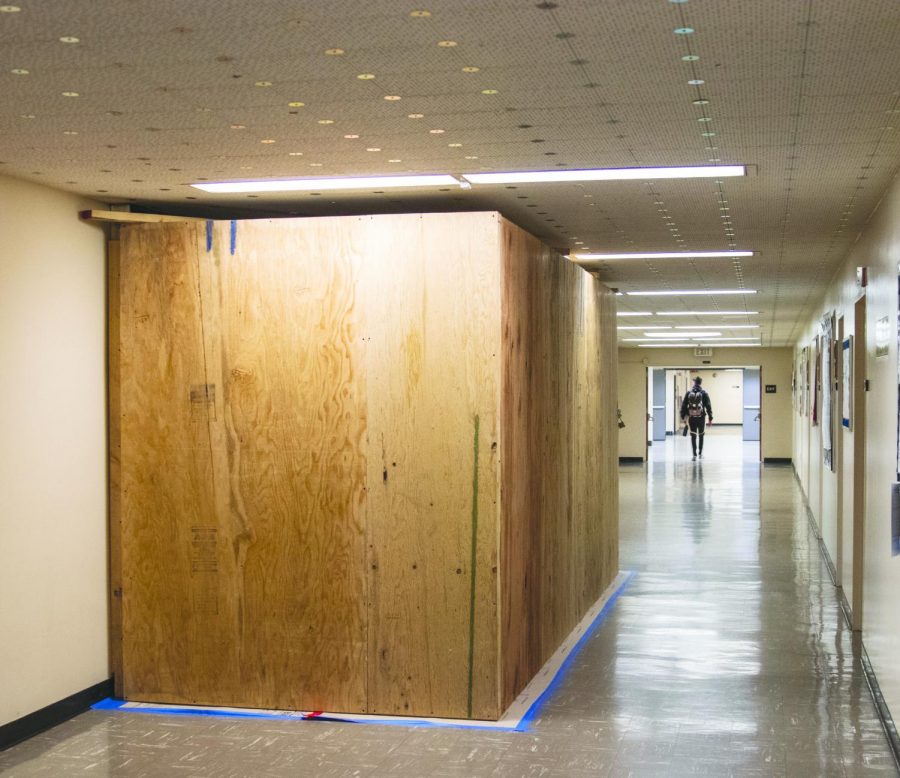 Forget heavy metal. It pales in comparison to this. The steel-on-steel screeching is not just unnatural, it’s frightening. But it’s one more thing to distract from your elevated heart rate, threatening to burst from your chest. You wonder how such a simple task as climbing from the first floor to the second in an elevator lift could have you fearing for your life?

If you have not noticed already, the two elevators on the north-side of King Hall are closed for business. On every floor, there are unattractive barricades surrounding what used to be two frequented lifts just to remind students of it.

The students have taken note.

“It’s been months and they just don’t seem to fix it, no matter how many people they send,” said junior Gabriel Babuch. “I’m super unhappy, especially because I have a rolling backpack.”

These barricades represent something a lot more sinister than an unpalatable sight for the thousands of daily King Hall visitors, something ugly and potentially even illegal.

In many ways, Monica would be right. The Americans With Disabilities Act (ADA) requires “at least one accessible route” within buildings from all “accessible parking spaces and accessible passenger loading zones; public streets and sidewalks; and public transportation stops to the accessible building or facility entrance they serve.”

And as far as the architects of King Hall were likely concerned, the building follows all these mandates, except for one. The basement is a bit of a problem child.

4.3.2 (2) of the ADA Standards requires that “[at] least one accessible route shall connect accessible buildings, facilities, elements, and spaces that are on the same site.” To add icing to the cake, the ADA defines an “accessible route” as: “A continuous unobstructed path connecting all accessible elements and spaces of a building or facility. Interior accessible routes may include corridors, floors, ramps, elevators, lifts, and clear floor space at fixtures.”

Here, interior accessible routes are at issue and also, potentially, where King Hall fails to make the cut. § 206.2.3 explicitly states that “[at] least one accessible route shall connect each story and mezzanine in multi-story buildings and facilities,” and while this only applies to buildings of or above three stories, King Hall is clearly that.

What does this mean? With no elevators currently connecting the basement floor in light of these plodding repairs, the elevator situation could get sticky very soon. Just a stone’s throw from completion, Facilities Services Assistant Director Michael Rodriguez expects all King Hall elevators back online by February 28. Still, approval from the State Elevator Inspector will be needed before students are allowed on board.

“The operating elevators on campus are safe to use,” assured Rodriguez. “Due to age, some elevators may not ride as smooth as others, but they are safe.”

Until then, administrative officials in their sky-rise Administration building will have to contend with smooth and speedy rides (besides one sporadically malfunctioning lift) up to their lofty offices. Luckily, many opt to climb the stairs anyway.