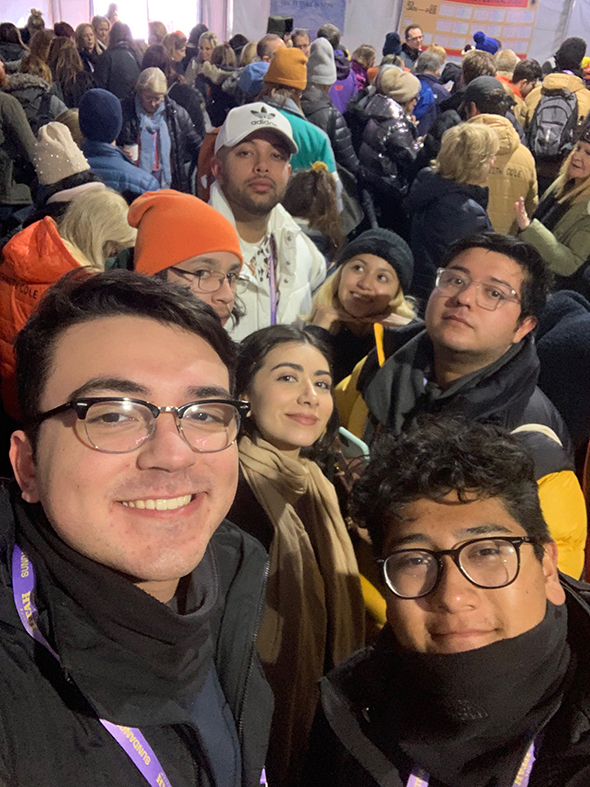 The Sundance Film Festival brought more than just filmmakers and movie goers to Utah. It also brought some of Cal State LA’s very own.

Set in Salt Lake City, Utah, between Jan. 29 and Feb. 2, a group of ten TVFM students had the opportunity to witness “the ultimate gathering of original storytellers and audiences,” according to Sundance’s website.

Josias Lopez and Kendallyn Beltran were two of the ten Cal State LA students that got to experience the four-day event.

“I actually got into Utah a day before I was supposed to be there just so I can explore. That whole state feels like another planet, like I’ve never seen so much snow before in my life,” said Beltran.

She loved the overall experience, which was beyond just watching movies. “When the actual first day of the event happened, it was crazy and overwhelming, but I expected it to be. What’s cool about Sundance is that it isn’t just movies, but panels and [virtual reality] experiences there as well.”

Lopez had some notable favorite films from the event, saying there were “films that scared us, made them cry, and made us think.” The first film that caught his attention was “Never Rarely Sometimes Always” written and directed by Eliza Hittman.

The film follows a pregnant teenage girl from rural Pennsylvania as she treks across the country to New York City for an abortion clinic. “It was probably the hardest one to watch in terms of how sad and tough it was to experience,” said Lopez.

The other two films he noted were “The Night House” and “Palm Springs.”

“‘The Night House’ was probably the scariest film at the festival, and in my life, that I’ve seen… I almost walked out of the film because of how intense it was. It scared me so much without the use of gore, but instead with psychological horror,” said Lopez.

He added “Palms Springs” was “such a funny film but when it becomes sad, boy, does it hit hard.”

Beltran thought the competition aspect of the festival was weird, but engaged with the crew and actors who showed up. A big takeaway for her was the amount of community she felt.

“It was so cool seeing other people like me also excited to talk about film. Going to Sundance made my love for film expand so much…  I like going to festivals in general because I’m able to meet new people,” Beltran said.

Lopez said he enjoyed meeting new people, too, as it became an opportunity to network with filmmakers that were from different backgrounds. “We are still in contact with almost all of them. Wanting to work together and letting each other know of future opportunities. Expanding our network and chances to make films.”

Lopez said they are already planning their trip to the Sundance Festival for next year. He said Cal State LA faculty encouraged the group to go for the experience. Lastly, Lopez thought the trip brought the group closer together as they are already talking about collaboration.

The festival served as a reminder to the group that all the hard work put into making a film is well worth it.