In Alhambra, residents want to see money going to fix potholes and beef up police 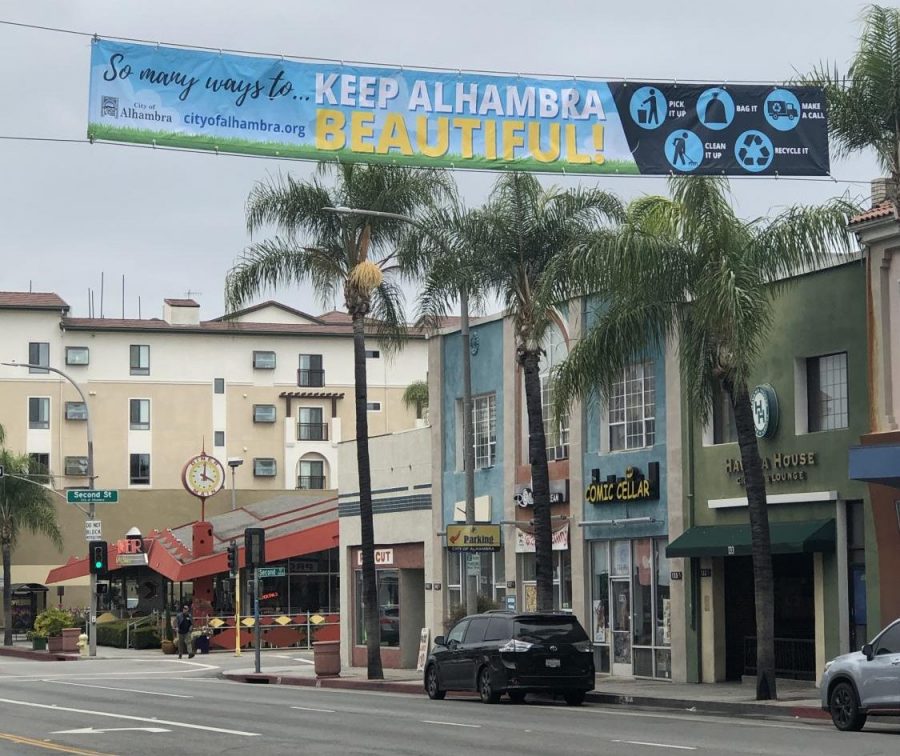 A banner hangs above Main Street in Alhambra. (Vanessa Wyatt_UT)

Tax hikes are never popular. So why did Alhambra voters approve a measure that would increase taxes?

The answer to that starts with a state law that sets a cap of 10.25 percent for sales tax. City leaders in places like Alhambra are expecting the county to propose a sales tax hike at some point, so taxes could increase anyway.

They figure, why not raise city taxes first so the money stays local?

“It’s not easy for taxpayers to vote in favor of higher taxes, nobody likes it but I think the community recognized in this instance that not only were the funds necessary to keep our quality of life up but that there was a real danger of having that tax paid anyways and none of it benefiting Alhambra — at least to the extent that we will have now,” Alhambra District 3 city council member Jeffery Koji Maloney said last month, at the city’s last regular in-person council meeting before concerns about the coronavirus led to teleconference meetings.

Days before, voters in Alhambra had approved Measure AL to increase the sales tax by 0.75%, or three-fourth of a cent on each dollar spent. This will take the current tax rate in Alhambra from 9.5% to 10.25%. The revenue from the increased sales tax is estimated to generate over $8.1 million dollars, which will go exclusively to the city of Alhambra, according to the ballot measure language.

At the council meeting, Alhambra Mayor Ross J. Maza thanked the city workers and residents of Alhambra, saying he is “very happy that it passed with a 63 percent vote.”

City officials said some of the money will go to areas that Alhambra residents have voiced concerns about such as the condition of roadways and public safety. For instance, before the measure, the city didn’t have the funds to fill 10 open police positions in the city, according to the city’s website about the ballot measure.

District 1 Councilmember Katherine Lee thanked the volunteers, including some firefighters and policemen, for their support of the tax measure:  It “is really going to help us to maintain our streets and hire more police officers and everything that we needed for the city to survive, to flourish, actually. Our population has been increasing and I think it will increase even more and we definitely need the additional revenue.”