Women’s Tennis falls short in a battle of Eagles 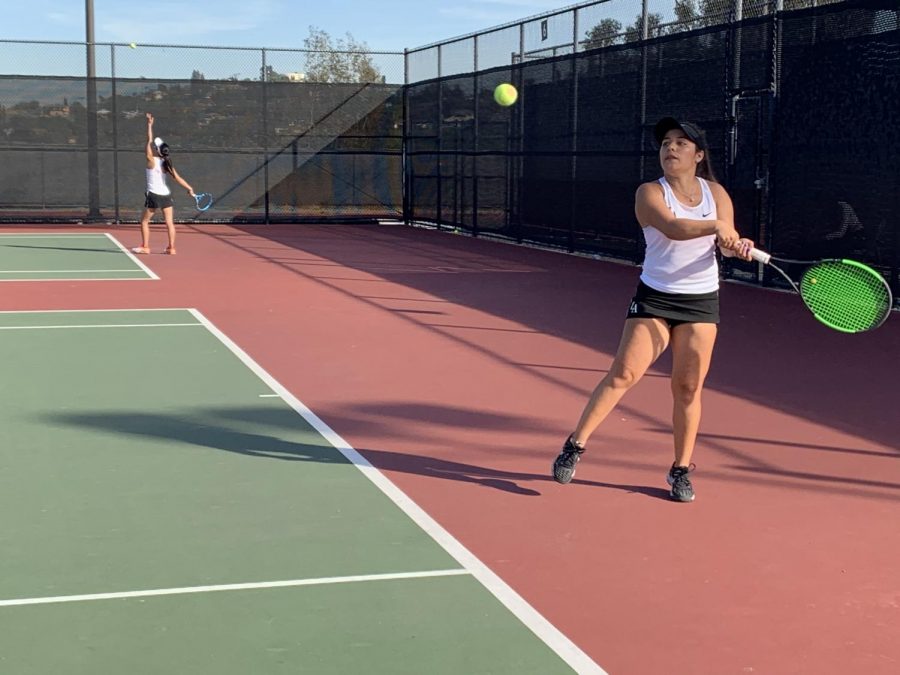 Cal State LA was resilient in a close contest on the court, but it wasn’t enough, resulting in a 4-3 loss to Concordia Irvine on Wednesday.

The Golden Eagles’ struggles at home continued. They are now 0-4 at the Cal State LA Tennis Complex (3-4 overall).

Concordia Irvine proved to be one of those tougher teams. The Eagles (CUI) started off strong and secured the doubles point quickly. Ghazal Pakbaten and Rebekah Anderson won the No. 1 doubles match, defeating Cal State LA’s Noa Davico and Amanda Schneider. Concordia Irvine’s Lou Perrot and Haley Diefenbach would go on to win the No. 3 doubles match, defeating Sakura Kurokawa and Mariko Sagara.

“I’m going to try and forget about this match as soon as possible. I’m just going to go back to practice, and practice hard, and think about the next one,” said Davico. She was playing with an injured shoulder, saying that she’s not really in pain anymore, but isn’t 100 percent healthy. “I couldn’t serve how I wanted to, it’s normally my best shot to serve and be aggressive. It made me mad,” she said.

Concordia Irvine never backed down and kept its lead throughout the matches.

Rebekah Anderson won the No. 2 singles match, defeating Schnieder 6-3, 6-2 and Taylor Lau won her singles match against Acero which led to the Concordia Irvine win.

The Golden Eagles will try to get their first win at home on Sunday at 11 a.m. against Stanislaus State.